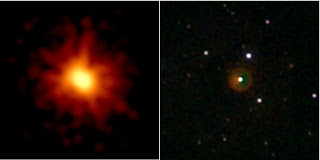 This powerful stellar explosion - a bright Gamma-Ray Burst detected March 19 by NASA's Swift satellite - has shattered the record for the most distant object that could be seen with the naked eye. The image shows the X-ray afterglow as seen by the X-Ray Telescope (left) and the bright optical afterglow as observed by the Ultraviolet/Optical Telescope on board Swift.
Credit: NASA/Swift/Stefan Immler

On March 19, 2008, the NASA satellite Swift observed four separate Gamma Ray Bursts,
the most powerful explosions in the Universe, each the signature of a massive star reaching
the end of its life and exploding. Never before had Swift seen four bursts in one day. 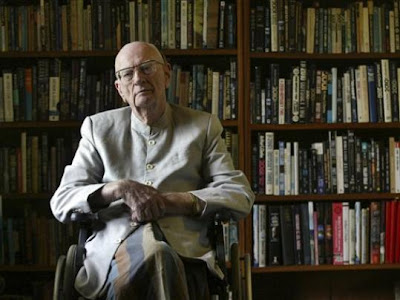