2010: THE INTERNATIONAL YEAR OF BIODIVERSITY 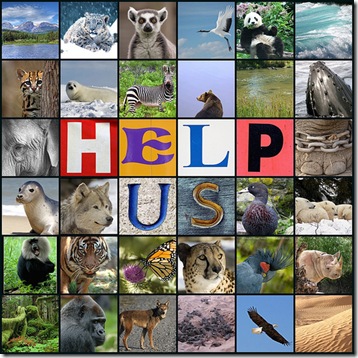 Source: VOICES IN THE WILDERNESS: A Prayer for Wild Things

The Millennium Ecosystems Assessment - the first comprehensive assessment of the status of the world's natural resources in terms of their contributions to human life and well-being - was  completed in 2005 by more than 1,360 scientists working in 95 countries.

They  found that changes in biodiversity due to human activities were occurring more rapidly in the past 5o years than at any time in human history, and that the direct causes (or drivers) of this loss are either remaining steady, showing no evidence of decline over time, or are increasing in intensity over time.

In effect, we are currently responsible for the sixth major extinction event in the history of the Earth, and the greatest since the dinosaurs disappeared, 65 million years ago.

The Convention on Biological Diversity, a legally binding global treaty, was opened for signature at the Rio Earth Summit in 1992 and entered into force in 1993. The Convention has since been signed by 187 countries and the European Community.

In 2002, at a meeting of the Parties to the Convention, it was acknowledged that biodiversity loss was still accelerating at a rapid rate. A Strategic Plan was adopted, later endorsed at the Johannesburg World Summit on Sustainable Development. Its aim was to achieve, by 2010, a significant reduction in the current rate of biodiversity loss.

You can download keynote document Global Biodiversity Outlook 2 (published in 2006).

GBO-3 will be launched in 2010. Currently in draft synthesis form, open to reviewers comments until the end of this week.

The UN International Day for Biological Diversity is on the 22nd of  May. 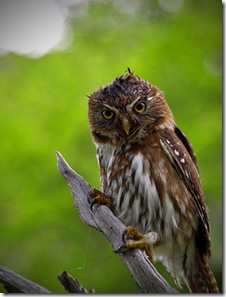 Source: VOICES IN THE WILDERNESS: A Prayer for Wild Things

BIODIVERSITY HOSPOTS : The most remarkable places on earth are also the most threatened. These are the Hotspots, the richest and most threatened reservoirs of plant and animal life on Earth. This is an excellent website from Conservation International, centred around a global interactive map.

Numbers of Living Species in Australia and the World (2nd edition)

This 2009 report by A.D.Chapman is recommended by David Attenborough as the most reliable document available.

The IUCN Red List of Threatened Species™   is widely recognized as the most comprehensive, objective global approach for evaluating the conservation status of plant and animal species. From its small beginning, the IUCN Red List has grown in size and complexity and now plays an increasingly prominent role in guiding conservation activities of governments, NGOs and scientific institutions.