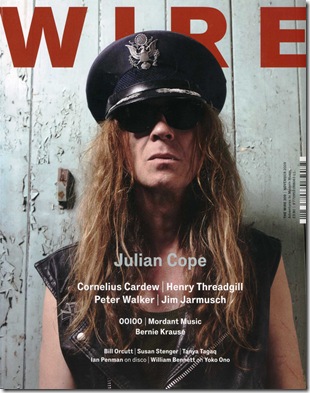 In this age of transition between print and on-line, when we are told that all print is dying, its great to come across The Wire which is doing nicely thank you, servicing its niche audience with intense monthly coverage of an eclectic range of music outside of the mainstream. This issue is no 309.

Founded in 1982 by Anthony Wood, it was owned by Naim Attalla's Namara group from 1983-2000, at which time it was purchased in a management buy-out by the magazine's staff and has published independently ever since. It is currently edited by Chris Bohn (a former colleague from the NME) with Ben Weaver on  Art Direction & Design.

First off, this is a very sophisticated package, which is delightful to have and to hold. A kind of squarish A-4 (11 x9ins), perfect bound,  printed on thin tactile paper that smells nice.  The design is spacious and elegant, the type well-chosen and deployed and above-all readable. 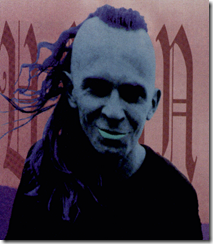 The content I found genuinely fascinating.  The cover story on Julian Cope by Rob Young (the magazine's Editor-at-Large) is a brilliant, lengthy and stimulating piece on a complex man with a lot on his mind. The text lead-in describes Cope as a 'punk pagan, antiquary and cultural irritant' and as a 'future-primitive polymath'. Young describes his current band as follows:

'Shaggy, leathered-up and tattooed, eyes wrapped in Raybans and 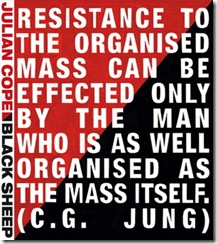 with military insignia rampant, Black Sheep look like a bunch of ranters and diggers you might have found playing off a flatbed truck outside the perimeter fence at the 1974 Stonehenge Free Festival.' Their sound, he says, bridges the gap between Sun Ra and the MC5.

Cope has a prolific number of new music releases in various genres, running alongside his investigations into megalithic culture and Odinism. The piece does full justice to all this complexity and is a compelling read. 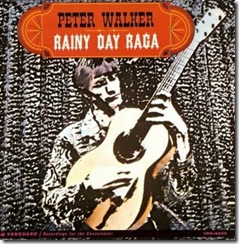 Also great to discover Peter Walker in 'Ragas and Sagas' by David Keenan. A  pioneering guitarist of 1960s raga-blues, who was the house musician at Timothy Leary's  LSD experiments, he is now being reclaimed by new acid-folk artists, currently touring the UK. He is a contemporary of John Fahey and Robbie Basho (two guitar greats who I loved in my youth and now need to re-listen to.

[Interviewed John Fahey back in late 60s/early 70s when he 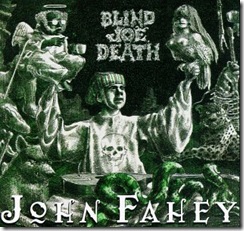 appeared with Pentangle at the Brighton Dome. He insisted I come with him to the toilets and interview him while he was having a dump - the first and last time I've had that experience.]

There's a great feature called 'Invisible Jukebox' featuring Jim Jarmusch. Each month, they play an artist a series of records which they are asked to identify and comment on - with no prior knowledge of what they are about to hear. It works a treat.

There's much more to discover, not least  in the extensive review section covering music, books, films and live concerts, including the legendary Ian Penman on disco. 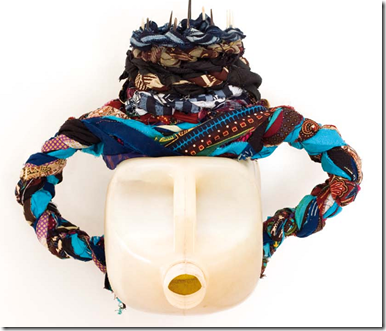 If 'The Wire' is an example of the continued value of print, let's look at another publishing enterprise that has sprung-up on line as a result of the decline of print - The Arts Desk

As I understand it, The Arts Desk has been established by a group of freelance art and culture journalists who all worked for The Telegraph (some still do). When  the paper cut freelance contributions in half and also halved the rates, this became a catalyst for a group to form to do their own thing.

I have been following the site for some months since its launch earlier in 2009, and am impressed by both design and content. The first ads are appearing and the whole package looks confident. The writing is of a high standard, its graphically strong, and the site has a welcome freshness about it. Its worth supporting. 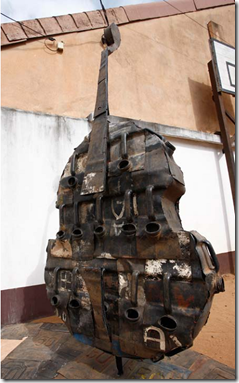 The site turned me on to Romuald Hazoumé, an artist from Benin, whose iconic masks and assemblages are made out of recycled plastic petrol cannisters and other found materials. I missed the show in London but you can download the pdf catalogue here.


Also turned me on to:

'Under Their Thumb: How a Nice Boy From Brooklyn Got Mixed Up With the Rolling Stones (and Lived to Tell About It)' by Bill German,. Reviewed by Robert Sandall.

An interesting interview with Tim Lawrence by Joe Muggs.'Tim Lawrence is an author and academic, whose musical studies have led him from the dance scene of the 1990s to researching New York's disco scene – his Love Saves the Day was the first and remains the definitive history of the music, history and politics of disco – and then to the singular figure of Arthur Russell.

A cellist, singer, songwriter, producer, composer and 'electronic artist, Russell existed both within and without disco and many other scenes in a period of cultural ferment in New York when many of the sounds that form the fabric of popular culture were being first created. Russell is in many ways the very definition of a modern musician; traversing genres, exploring technology, latterly finding a diverse audience naturally via the internet and the networks of club scenes; however his most creative period was in the 1970s and early 1980s, and he died of AIDS-related illness in 1992, a full decade before the rest of the musical world would catch up with his methods and diversity.'

Lawrence's biography of Russell is Hold on to your Dreams: Arthur Russell and the Downtown Music Scene 1973-1992