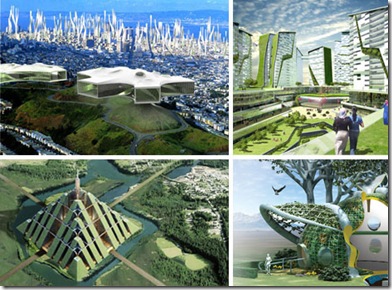 Post-Copenhagen, you could be forgiven for thinking that the game is up, that the world is going to end. The stentorian arguments between 'climate change believers' and 'climate deniers' escalated into an emotional and unhelpful tirade of accusations and counter-accusations, with a fervour of a religious dispute. On the streets, protestors were given short shrift by sci-fi police. In the chamber, the vast mass of 'developing' nations were sidelined whilst China, US, France, UK and significant others hatched a leaky deal. The mainstream media fuelled the atmosphere with incendiary headlines. What a cacophony!

Meantime, behind the scenes, the really important story is unfolding.

What follows is a summary of the main arguments of  a report from the Copenhagen Consensus on Climate which points the way forward. The paper is called 'An Analysis of a Technology-led  Climate Policy as a Response to Climate Change' by Isabel Galiana & Christopher Green of McGill University. [This link gives you a video presentation and a pdf of the whole report]

The summary of their arguments is as follows:

1. Human induced climate change is a problem, that left unattended will become more serious as the century progresses.

3. Our paper demonstrates that:

- The magnitude of the technology challenge is huge.

- The required technologies are not ready - and many still require  basic research and development.

- A policy of “brute force” mitigation to meet arbitrary and time-specific emission reduction targets will not work. One cannot cap CO  emissions unless there are good, non
carbon-emitting energy and/or energy technology substitutes.

- A policy that sets aside targets and puts the up-front emphasis on energy R&D, infrastructure, and deployment of ready technologies is intuitively sensible and workable.

- Carbon pricing has an important  ancillary role to play, first as a means of long-term financing of energy R&D, technology testing, and energy infrastructure development and renewal , and second as a means of sending a “forward price signal” as an (initially) low carbon price (say $5.00/tCO ) slowly and steadily rises over time (doubling say, every 10 years).

4.  A technology-led climate policy could generate an energy technology race that would challenge the creativity of the younger generations while minimizing sacrifice in lost economic activity or a weakened energy system. In contrast, “brute force” mitigation would require large sacrifices with no assurance of a stronger and more resilient energy system.

5.  Although we have neither discussed nor placed a value on spillovers from energy technology R&D into non-energy uses, it is likely that an energy technology race could generate many external benefits which could potentially prove to be as important as the
contribution to reducing GHG emissions.'

This is an important and significant paper that provides a much-needed focus for practically addressing the challenges of the near future.

The Generalist has been following this track since 1997 and has consistently argued that there is a 'new industrial/energy revolution' in progress. 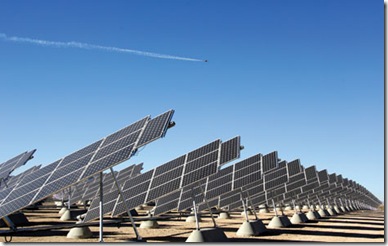 If you don't believe it is happening see

The Unlikely Green Revolution of the US Military