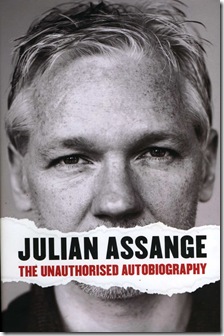 Whatever else he might be, Julian Assange is a natural controversialist. Everywhere he goes, he creates a turbulence around him. This flawed strange first-draft biography holds some clues as to why that is through its insights into his turbulent nomadic childhood. His purchase of a Commodore computer thrusts him into an alternative reality which he was born to master. We follow his immediate attraction to the hacking underworld and his fast progression into global networking. He is a troubled lad with a mission to reveal secrets. This almost mystical obsession  leads him almost inevitably to the  birth of WikiLeaks through which he plays out his fantasies on a global stage.

This is not the first book on Assange and WikiLeaks and it certainly won’t be the last. Three earlier works are reviewed in this interesting piece by Jonathan Haslam. 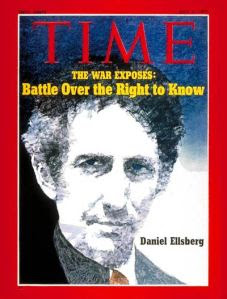 Daniel Ellsberg on the cover of Time magazine [5th July 1971]

‘Those who have been following the WikiLeaks affair will have noticed the recent prominence of Dan Ellsberg, who leaked the Pentagon Papers in 1971.  Ellsberg, in many respects, was a predecessor to WikiLeaks, and has provided insightful commentary regarding the current situation.’ Source: Unredacted: The National Security Archive

The Pentagon Papers were finally declassified and released in June 2011. Available now on National Archives site