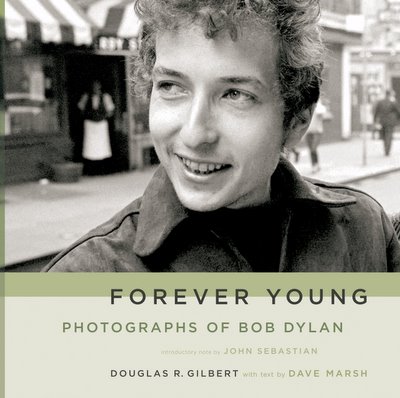 Happy to report that the book I worked on last year, featuring a 'lost' set of Dylan photos from June-July 1964 by Douglas R. Gilbert [Da Capo Press], with an excellent essay by legendary rock journalist Dave Marsh, is now widely available. Book is packaged with four 8x10 b&w prints. Further details on the background story to these photos is posted here.

Delighted to be in contact with Mike Marquesee, author of the extremely fine 'Chimes of Freedom' which has just been updated and reissued under a new title 'Wicked Messenger' [Seven Stories Press]. The new material on Chronicles is insightful ('His memoir is entirely silent about the critical time-span (1962-67) during which the rupture occurred. He circles the wound, touches it gingerly, finds it's still tender, then shuffles away. He exposes it, then covers it up.') and the personal words at the end, which begin: 'Dylan has long complained about people like me, who presume to decode his mystery. He sees us as part of that army of noisy intruders trespassing on his private domain. But the complaint might easily be reversed. Dylan has burrowed into our flesh and lodged in our minds. For four of my five decades, his words, images, tunes, have been swimming through my head, rising up from the depths at unexpected moments.'
See also Mike's review of the new biography of Sam Cooke here.

As yopu probably all know now, Dylan has signed on to do a weekly hour-long radio show on XM satellite radio starting in March. See here.

See also: 'Silent Protest: Why we are still turning to Dylan for the soundtrack to our demonstrations.' by Ian Buruma.