I was recently asked what was my best article. The one I chose was written about the environmental impact of the 1992 Winter Olympics, which appeared on the prestigious Op-Ed page of the New York Times on February 17th that year.

The reasons I gave for choosing it were as follows: Receiving a telephone call with a commission from the New York Times was a real Bob Dylan moment; I had two days to research and write the piece and delivered it on-length and on time - and the piece went in virtually intact; it had a big impact, as I was later told by Al Gore when I met him in London on the eve of the Rio Earth summit and as evidenced by a flood of feedback.

The piece reads as follows:

'As you hunker down with CBS for another week of winter wonderland, bear in mind the words of Fritz März, president of the Ger­man Alpine Organization: "The Alps are being literally reconstructed be­cause the good Lord was obviously not a skier." Raped might be a better word.

The Albertville Olympics may be a mother lode of white gold for a few corporate sponsors and international athletes, but "mining" the mountains has exacted a terrible price: the de­struction of the very environment the event is meant to honor and celebrate.

An entire region has been scarred to provide two weeks of televisual de­lights. Albertville itself has been transformed into Alphaville with 32 lanes of traffic entering and leaving this artificially inflated boom town. To create the Olympic sites, which spread over an area of 74 miles,1.3 million cubic yards of earth were carved out of the mountains in the buffer zone around a national park.

More than 60 acres of trees have been cut down. Alpine pastures have been scraped smooth, new landscapes cre­ated. Highways, tunnels, bridges, via­ducts, hotel complexes, parking lots and waste dumps have been created in a mountain region where the envi­ronment was already in jeopardy.

No expense was spared. At Courchevel, a design for an inexpensive, ecologically sound removable metal ski jump was rejected in favor of a concrete colossus so heavy it had to be affixed to the mountain with hun­dreds of 100-ton anchors.

For three years the residents of La Plagne (10 hotels, 106 ski lifts, 118 downhill runs) had to endure construc­tion work on the 1,500-meter bobsled run, whose final turn protrudes into the town. To insure that the artificial ice remains at the correct tempera­ture, a cooling system with 50 miles of pipe, containing more than 40 tons of toxic ammonia, was installed. The run was closed by the Ministry of the Environment until residents were is­sued gas masks in case of a leak.

A key man behind the games is Michel Barnier, a local member of parliament and author of "The Eco­logical Challenge: One For All." He has helped create an event that may permanently scar what the Interna­tional Union for the Conservation of Nature has called "the most threat­ened mountain system in the world."

But let's be even-handed here. The Winter Olympics are only the most dramatic illustration of damage wrought by the ski boom. Since 1960, 40,000 ski runs and 12,000 lifts have been constructed in the Alps. In that time, seasonal visitors have increased fivefold, to 40 million people a year, compared with the region's perma­nent population of seven million.

A recent report by the International Center for Alpine Environments in France contends that downhill skiing is the most damaging human activity in the Alps. Development in the region over the last 20 years, the study said, has been "completely anarchic."

If this trend continues, a third of the woodland in the Alps will be gone by 2050, mainly from acid rain damage caused by emissions from traffic and power stations. Trees anchor the soil, stabilize the water table and shelter roads and villages from avalanches. If they disappear, soil erosion, desertification and then disaster will follow.

In addition, the Alps contain the busiest mountain road network in the world, bearing 20 percent of all pas­sengers and 15 percent of all goods transported in Western Europe. In­creased industry and human wastes have led to the pollution of mountain lakes. More dams have been quarried out of the mountains to meet in­creased demand for electricity.

The same conflict between develop­ment and conservation is also found to varying degrees at ski resorts in the U.S., notably in Colorado and the Adirondacks.

Perhaps the destruction of Albert­ville has served a salutary purpose. Future Olympics will require envi­ronmental impact statements. Or­ganizers at the next venue, Lillehammer, Norway, claim theirs will be the first "green games." This trend may even result in the establishment of fixed venues to replace the current Olympic traveling circus.

Similarly, there is high-level pres­sure, principally from Prince Sadruddin Aga Khan, chairman of Alp Action, an environmental group, to modify the Olympic Charter to unite environmen­tal principles with its humanitarian aims. To the five rings that symbolize international harmony, we can then add a sixth to confirm our commit­ment to the rest of the living world. ' 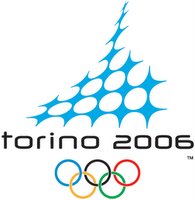 The upcoming Winter Olympics in Turin, Italy (10-26 Feb) have not been tarred with the same brush. On 9 November 2005, the UN environmental agency UNEP announced the following:

'As part of its efforts to encourage eco-friendly sporting events, UNEP reports a raft of measures to cut greenhouse emissions and water usage at next year’s winter Olympics in Turin, Italy, as well as an upcoming agreement for the 2008 summer games in Beijing.

UNEP Executive Director Klaus Toepfer said “I am sure the measures they are both undertaking will make the upcoming Winter and Summer Games a crucial guide for environmentally-friendly mass spectator events everywhere over the coming years.”

The Torino Olympic Organizing Committee (TOROC) unveiled its new Sustainability Report, 'one of the
cornerstones of which is the Heritage Climate TORino (HECTOR) project designed to make the Winter Games carbon neutral. The organizers calculate that the 10 to 26 February Games will generate the equivalent of just over 100,000 tonnes of carbon dioxide with the main sources coming from transport and the operation of the venues.

'Under HECTOR these emissions will be offset via forestry, energy efficiency and renewable energy schemes both at home and abroad in line with the international climate change treaty, such as by financing renewable energy and sustainable energy projects.

'Other measures include water-saving in snow-making machines and other steps to reduce the scale of construction and thus minimize the impact on the landscape, as well as a waste materials plan to handle the anticipated increases in rubbish and the use of pollution-free materials in eco-friendly buildings at the Olympic Village. '

A detailed article on this can be found here.

Ironically, the biggest threat/embarassment to the success of the games are the ongoing actions by tens of thousands of protesters against the planned high-speed rail link between Turin in Italy and Lyon in France. This would involve excavating a tunnel through the mountains in Italy's northwestern Susa Valley. Local residents are concerned because they believe the drilloing would disturb asbestos and uranium desposits in the rock that would pollute local water supplies and that the scale of the construction would irrevocably alter the local environment. The Italian government have tried to mollify the protesters by commissioning another Envionemntal Impact report on the project but they remain concerned that the protestors may try and disrup the Games in some way.


So what is the situation in the UK ?

'Teams behind the Vancouver 2010 and London 2012 Olympic Games and Paralympic Games are agreed that sustainability is a central theme of their planning and preparation, with many aspects of common interest.

'The subject of sustainability is a far reaching one, extending beyond merely physical attributes, such as creating environmentally friendly buildings. Participants agreed that the Games provide a hugely powerful opportunity to connect with and communicate to the public, on a broad range of social and environmental issues. Both Organising Committees are working on ways to engage, inform and educate individuals, whether they work on the project, visit the Games, or are impacted in some other way.

'In a world where they are now often seen as major celebrities and role models, athletes also have a key role to play. They can share the sustainability story with younger people, relating it not only to sport, but to their lifestyles and the personal choices they make.

'Both Vancouver and London are on a very similar time track in their preparation for the Games, which offers the unique opportunity to combine thinking and collaborate on key issues, such as how to measure sustainability and exploring ways that carbon emissions can be mitigated and offset.

'John Elkington, Founder and Chief Entrepreneur, SustainAbility facilitated the event and commented, “VANOC and LOCOG are making the most of the opportunity to begin working together early on. These two great cities recognise that they have an unparalleled opportunity not only to leave local legacies, but also to transform the way the entire Olympic and Paralympic movement plans and runs future events. That would be a truly global legacy.” '

Also worth reading is; The State of the World's Mountains: A Global Report'
Edited by Peter B. Stone on behalf of Mountain Agenda Date: 1992
( Zed Books. 1992. London and New Jersey)
Full textcan be found hereL http://www.mountain-portal.co.uk/text/state/state.htm
at 5:43 pm