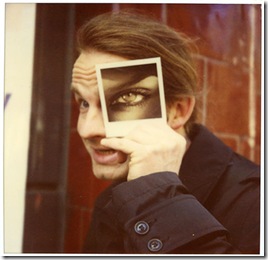 A Polaroid Revival. sounds unlikely doesn't it but that's just the plan of  The Impossible Project, established in January2009 by a group of businessmen and 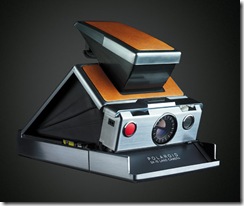 former employees who have bought a Polaroid factory at Enschede in the Netherlands,  in the hope of resuming production of instant film for the existing ownership base of Polaroid owners, by 2010.  The name of the company comes from a quote from Edwin Land, the inventor of instant photography and the founder of Polaroid: 'Don't undertake a project unless it is manifestly important and nearly impossible.'

See: Paper chase the next stage of Polaroid revival 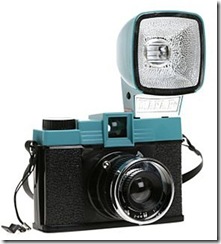 Business Development, has a great track record in this kind of enterprise. His official company bio says: 'Since his childhood attracted by the exercise of running into the opposite direction, he reacted to the digital revolution by founding a strictly analog company.

This was the Lomographic Society, whose website is awesome. Its an enterprise  built around the Russian analog camera - the LOMO LC-A, first launched in 1984.

The site says: Take one good look at a Lomograph and you’ll see that it holds a charm all of its own. Somehow everything is amplified and ordinary objects stand out, enhancing details that would normally go unnoticed. How can this be? We’ve narrowed it down to an ever-changing formula of certain variables like… shadowy vignetting that mysteriously frames the shot, light leaks, grain you could chip a tooth on, the magic of a great lens, deep saturation, just the right amount of contrast... to name but a few. A combination these factors and a healthy touch of the unexpected go into making each Lomograph unique. Essentially, Lomography embraces the element of surprise that only analogue film photography can bring and wholeheartedly celebrates the outcome.' 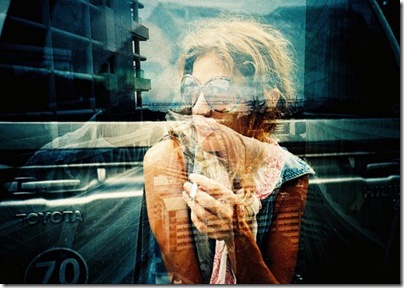 Finally, Kodak will be discontinuing the production  of Kodachrome film later this year, as it now account for less than 1 per cent of the company's sales of still-picture films.  Kodak says that 70 per cent of its revenue comes from its retail and commercial digital businesses. 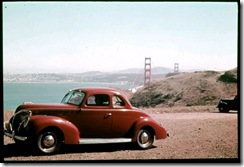 Its most famous colour film, Kodachrome was first introduced in 1935. This new technology made it possible to capture action photography in color on 35mm film, a previously impossible feat.

Paul Simon immortalised it in a song in 1973.

Vintage Kodachrome from the Daily Kos via Neatorama