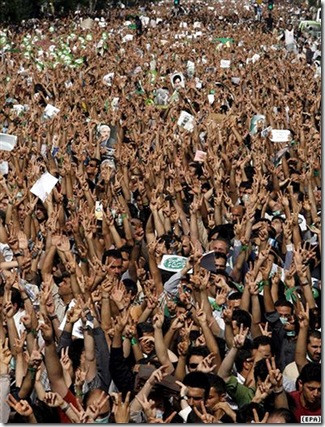 Having spent part of the day helping my friend Bill celebrate his 65th birthday, I then spent a couple of hours following the latest news and watching every video I could find on the net about the democracy demonstrations in Iran

Tonight on the radio, the BBC announced that Mahmoud Ahmadinejad is trying to ban foreign correspondents and is engaged in a widespread clampdown on broadcast, mobile phone and internet communications in response to the country's contested election results.

Reuters reported today that the U.S. State Department  had contacted the social networking service Twitter to urge it to delay a planned upgrade that would have cut daytime service to Iranians who are disputing their election. Twitter upgraded successfully today in half the time expected. 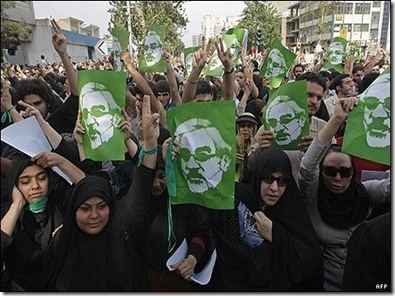 Here's  a post by Nancy Johnson on the Baltimore Sun's Second Opinion site headed Iran's Twitter Revolution: Just when you thought that social networking had been successfully dismissed as a fad and a frivolity, the elections in Iran show the world exactly how powerful sites such as Facebook and Twitter can be. Since the disputed election results were announced, Iranians have taken to the streets -- and the Internet.

'They're using Facebook to organize marches, they're posting videos on YouTube to show the world the violence used to quell the demonstrations, and the discussion is so active on Twitter that you can find more than 1,500 messages detailing the actions and reactions from around the globe. Huffington Post has a live blogger who updates his reports on a nearly minute-by-minute basis.

'People on both sides of the dispute are mobilizing their supporters and organizing their protests on a vast scale. "Twitter" doesn't seem like such a funny word anymore.' 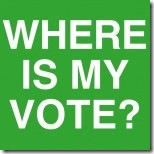 This all rang a large bell with me and, after some searching, I found the article I was looking for.

The author is Anthony Sampson, a great journalist now sadly gone, who is perhaps best known for his official biography of Nelson Mandela, his various books on the 'Anatomy of Britain', for his investigative work on ITT's involvement with the CIA-plotted coup in Chile that overthrew the Allende regime.

On the 13th January 1980, he wrote this column for The Observer'  entitled 'Coups by Cassette and Cathode-Ray' The main theme was about tv diplomacy and focused on the then stand-off between President Carter and the Ayatollah Khomeini, an eerie echo of the current situation.

Sampson comments: The Iranian 'students'....were able to present their case direct to American viewers...[they] like many hijackers before them, were able to use their hostages to make hostages of the television networks too.'

According to Wikipedia: 'The Iran hostage crisis was a diplomatic crisis between Iran and the United States where 52 Americans were held hostage for 444 days from November 4, 1979 to January 20, 1981, after a group of Islamist students and militants took over the American embassy in support of the Iranian Revolution.'

But even more relevant to our current times, is his analysis of the communication revolution of the day - the video cassette. He wrote:

'The technology of communications is itself changing, and undermining the old assumption that radio and television will strengthen the power of centralised despotism...

'In Iran, two years ago, while the Shah seemed confident that his control of the press and television gave him a monopoly of communications, thousands of cassettes were circulating in the bazaars, carrying the voice of the exiled Ayatollah (abetted by that other revolutionary instrument, the Xerox machine, which multiplies  copies of seditious 'night letters'). The Iranian revolution was the first cassette revolution, but it is unlikely to be the last.'

In recent years Iran has become the third biggest blogging nation in the world with an estimated 700,000 blogs recorded in 2005, of which 40,000-110,000 are believed to be still active (says Wikipedia, which has an Iranian blogging chronology) 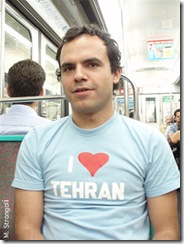 According to this, the first blog was sent on the 7th September 2001. It was written by Hossein Derakhshan who is frequently called 'the father of Persian blogs.' This Canadian/ Iranian was arrested on 1st November 2008 and is still under detention. He has still not been officially charged with any offence.

See the video: Speech by Hossein (9the Feb 2006) on 'Reform, Youth and Technology in Iran '

Please read my Previous Post on WE ARE IRAN, the title of a most moving book (published in the UK in 2006), containing  extracts from Iranian  blogs of all kinds, like the one below.

I keep a web log so that I can breathe in this suffocating air... In a society where one is taken to history's abbatoir for the mere crime of thinking. I write so as not to be lost in my despair...so that I feel that I am somewhere where my calls for justice can be uttered...I write a weblog so that I can shout, cry and laugh, and do the things that they have taken away from me in Iran. www.lolivashaneh.blogspot.com

The book claims that:

Farsi (Persian) is the fourth most used language in the world for keeping blogs.

There are 64,000 bloggers writing in Farsi in Iran; some would put the figure nearer a million.

One of the great books on Iran is Ryszard Kapuscinski's Shah of Shahs. You can read my interview with him, KAPUŚCIŃSKI 2: THE FACE and listen to it on the Audio Generalist.