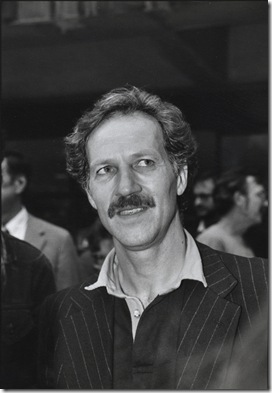 ‘The poet must not avert his eyes’ 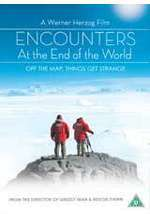 The Generalist has long considered Werner Herzog to be one of the most innovative, unusual and other-worldly film makers on the planet – as did Truffaut. He is also one of the most prolific, having produced a long string of feature-length documentaries since the success of ‘Grizzly Man’ – the extraordinary tale of Timothy Treadwell, who spent 13 summers in Katmai National Park, Alaska in close proximity with some of the most dangerous animals on earth. He videod his experiences and used the footage to raise awareness about the fate of the bears.

After Treadwell and his girlfriend’s violent death at the hands of a rogue bear, Herzog worked with the more than 100 hours of footage Treadwell had shot to create this stunning and moving film – an extraordinary psychological study of Treadwell himself which also contains incredible footage of the bears. Half the film is based on Herzog’s original interviews and he also narrates. Bonus is the beautiful soundtrack by Richard Thompson. [The music in Herzog’s films is always special.]

In the accompanying Extra interview with Mark Kermode he delivers some memorable quotes which I hastily scribbled down. His view of nature: '”chaos, hostility and murder’. On his status as a filmmaker: “…a good soldier of cinema. That’s what I want to be.’ He believes that ‘the poet must not avert his eyes’. He says: ‘Sometimes images develop their own life, their own stardom.’ By the way, during this interview, Herzog was shot with a slug from an air rifle; he just shrugs off the incident and carries on.

On the evidence of these films, Herzog is a wonderful polar opposite to David Attenborough, whose measured tones have defined natural history documentaries. For my money, Herzog is a more interesting narrator, concerned as he is with psychological and terrestrial extremes and perfectly at home with the weirdness he finds there. Not for him the obsessive technological focus of the BBBC’s Natural History Unit. He works off the cuff with hand-held cameras and puts himself out there with his subjects, improvising as he goes along. The results are visceral with a spiritual dimension.

In ‘Encounters At The End of the World’ he spends a summer with scientists on Antarctica and what a revelation this is: strange characters and incredible scenes under the ice and on top of Mt Erebus, the continent’s active volcano.

In ‘Happy People’ he spends a year with the indigenous people of the remote settlement of  Bakhtia, a small village on the river Yenisei deep in the Siberian taiga.

In ‘The White Diamond’ he is in the Amazon rain forest with an experimental airship that allows his cameramen to float over the tree canopy to capture never-before-seen views. The craft was built by Dr Graham Dorrington who, as we discover, is haunted by a previous expedition with an earlier version of the craft, which crashed and led to the death of his friend wildlife cameraman Dieter Plage. 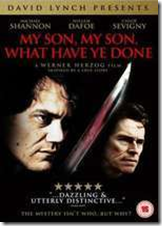 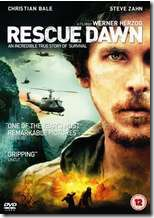 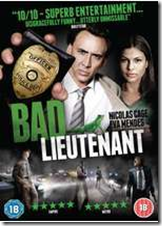 Herzog, never a man to be confined to one medium or genre, continues to explore the borders of fact and fiction:

‘My Son, My Son, What Have Ye Done’ and ‘Rescue Dawn’ are both based on true stories. The first concerns a real-life crime in which a young actor who had been playing in a Greek drama in which he kills his mother with a sword, then re-enacts this in real life. Produced by David Lynch, this is, unsurprisingly, a weird one.

‘Rescue Dawn’ is the story of Dieter Dengler, who, on his first mission flying over Laos, was shot down and captured – but then made a miraculous escape. Great performance from Christian Bale. When you listen to the Extra doc on the making of the film you discover the mind-blowing story of the film’s production – a logistical nightmare that Herzog make light of. Herzog went back to Laos with Dengler 10 years before making ‘Rescue Dawn’ for a documentary entitled ‘Little Dieter Needs to Fly.’

‘Bad Lieutenant; Port of Call, New Orleans’, a remake/sequel to the Abel Ferrara dark classic with Harvey Keitel, shot in NO post-Katrina, starring Nicholas Cage. I watched it twice and still couldn’t get my head round it. For me the tension and weirdness builds only to dispersed by rather cliched scenes familiar from a hundred cop series. Maybe I’m missing something.

As for ‘The Wild Blue Yonder’ – this is way, way out there. Its narrated by a wild guy who claims to have come from a distant star. His off-kilter narration about his journey to Earth from across the galaxies is mixed in with real-life footage from the International Space Station and what looks like extra footage Herzog shot under the ice for his Antarctic documentary. The film is certainly very spacey and edgy but don’t ask me what it all means.

‘You Have To Be Ruthless’ an interview by MICHAŁ CHACIŃSKI with WERNER HERZOG –  one of the most important and vital filmmakers in the world today -Anyone interested in making movies should read this extraordinary account of Herzog’s working methods. They don’t teach this at film school.