The term ‘vernacular architecture’ has many different meanings and interpretations. I am working on my own definition/description which at present reads something like this:

‘Vernacular buildings are those built by individuals, families, or communities using local materials and traditional technologies. The forms of these buildings have often been refined over centuries to make maximum use of minimal resources, to be energy efficient and to be perfectly adapted to the local climate and landscape.’

There is a purpose to this preamble as this post  is principally a review of a great new book  by John C. Allen Jr. entitled ‘Uncommon Vernacular: The Early Houses of Jefferson County, West Virginia (1735-1835)’ [West Virginia University Press]  - a Local Vernacular study par excellence.

Mr Allen begins by pitching straight into the issues discussed above: ‘The word ‘”vernacular” means different things to different people. This modifier has caused a great deal of handwringing in the field of architectural history, where it is sometimes seen as a vague catch-all category for common buildings.’

The 250 historic houses he documents in this book are vernacular in the sense, he says,  that they ‘do not adhere to formal archetypes’. He accepts the term ‘local vernacular’ but then he calls his book ‘Uncommon Vernacular’ for reasons as follows: ‘Neighbouring counties have some building types…[but] the specific combinations of materials, construction techniques, detailing, and plan assortment that are common here are absent just a few miles over the county borders.’ Hence ‘Uncommon’. 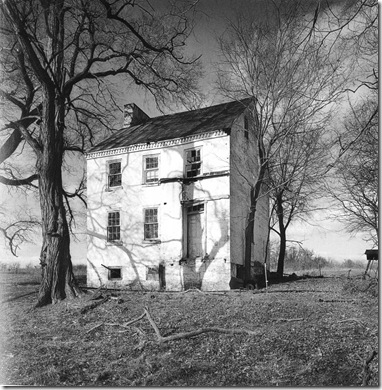 His study is the result of seven years of what he described as ‘exhaustive documentation’ and one can only imagine the thousands of hours involved.

It took him years initially to locate the properties, to establish a relevant time-span and to forge a chronological and thematic approach that makes sense of the evolution of styles and forms within a historical context

His modus operandi is meticulous. On his first site visit he recorded detailed observations about both interiors and exteriors, plus materials used, stylistic features and parts that had been rebuilt or added. He measured each house for floor plan rendering and took colour photos.

On the second visit, he was accompanied by architectural photographer Walter Smalling who documented each house using 4x5in b&w film – large format negatives that are the standard of the Historic American Buildings Survey [HABS] collection at the Library of Congress, where the pictures from this book  -  a total of 3,000 b&w and 14,000 colour images - will ultimately reside.

Where buildings had been substantially modified, the illustrator Andrew Lewis has done some fine reconstructions based on field measurements and HABS photographs. He is also responsible for the finely-drawn plans.

The final results of their efforts are beautifully presented in a black and white book of great elegance that showcases perfectly the fine photography and graphics. The text is crisp and precise, with concise house profiles and historical essays providing context.

Early farmhouse forms (1730s-1789) varied significantly as, writes Allen, ‘the county was sparsely populated with families of different cultural backgrounds’ [German, Scots-Irish, English along with African slaves] ‘so a degree of architectural divergence would be expected.’ He found it ‘startling’ to discover that, within the following decade, diversity had shrunk to a ‘handful of established house types [which] would dominate the county’s landscape for more than four decades.’ He puts this discovery down to ‘the desire of varying cultures to assimilate after the Revolution.’ 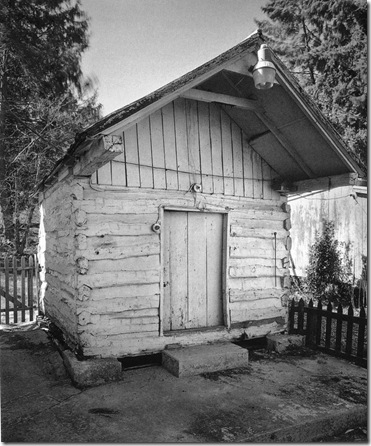 A log meat house, used for storing and curing hams and beef. 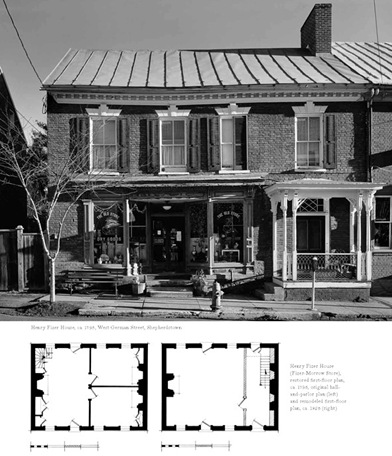 The grand town houses’ portfolio comes complete with a detailed ‘Siting and Construction’ chapter and sections on both Exterior and Interior Details - from shutter dogs to casements and chimneys, along with a plethora of stair types, windows, doors and fireplaces. 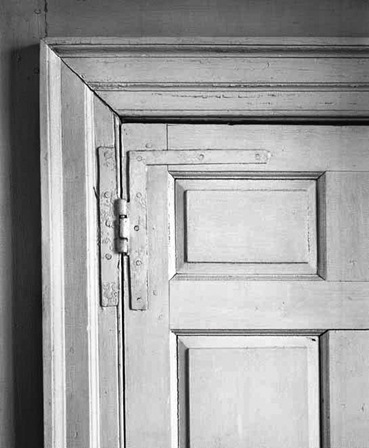 Allen works professionally as a preservation coordinator and architectural historian but he is also the chairman of the Historic Landscape Commission of Jefferson County. In this capacity he reports that ‘these houses are a finite – and dwindling – resource.’

‘Each year several of the county’s historic buildings are lost to fire, neglect or demolition. During the course of this study, six documented houses were reduced to rubble, and roughly ten per cent of the houses are unoccupied and in ruins. Documenting these irreplaceable artifacts thus becomes an increasingly urgent task.’ 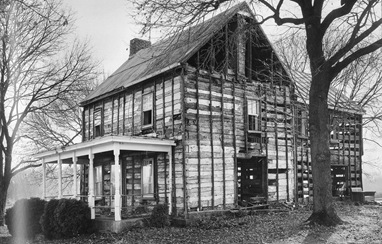 William Orndorff House (ca 1835) has been demolished since this picture was taken.

Despite the sterling efforts of him and his team of ‘house detectives’ Allen says there are many historic structures in the county which have yet to be examined. ‘Therefore this study is a starting point for further research, a threshold, and the door is open to new avenues of inquiry.’

‘Uncommon Vernacular’ demonstrates the importance of such work and will hopefully inspire others to rescue their own local vernacular from obscurity, or worse, oblivion.