THE STATE OF THE NATION; J.G. Ballard Speaks 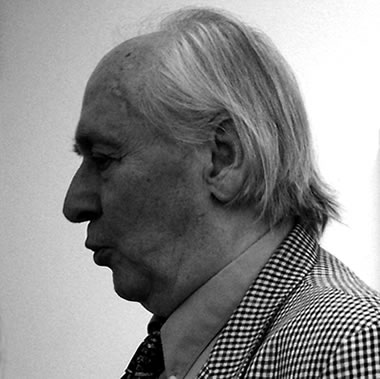 JG Ballard. Photo: Paul Murphy.
From the excellent Ballardian website
'I dislike the middle-class world held together by dinner-party culture, which has no understanding of what is going on in this country. The real England is this world of retail parks, where there is no sense of civic duty; where it's impossible to borrow a library book or to say a prayer; where if you knelt in the street you would be arrested for causing a public mischief. Where there are no art galleries, just consumerism. I won't say I'm pleased about that. But I think there is a sort of honesty and cleanness about where we are as human beings - the take-away, the CCTV camera, the dual carriageway, they are the world we live in. That's the world that needs a new John Betjeman to celebrate it. But sadly, none will appear. Because English snobbery looks down on this world. We still have this image of England as rose pergolas, Gothic quadrangles, Georgia rectories. But that isn't England. Its a mental stage set. As someone says in the book, if you can smell traffic - if you're near a motorway - that's the real England.'

J.G. Ballard being interviewed by Mick Brown
for The Telegraph magazine (2nd Sept 2006) about his new book 'Kingdom Come'
at 1:35 pm