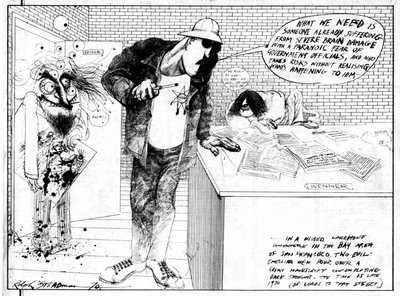 Searching for an artist to illustrate 'Fear and Loathing in Las Vegas.' 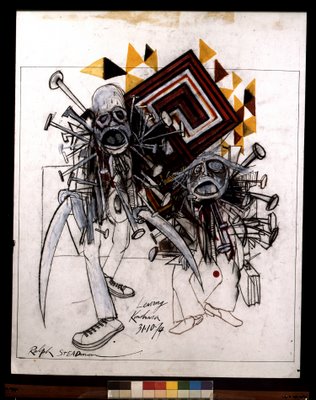 An unpublished drawing of Hunter and Ralph as voodoo dolls intended for the never-published Rolling Stone issue on the Ali-Foreman fight, described as 'the biggest fucked-up story in the history of journalism.' 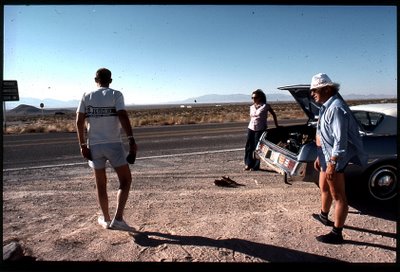 Hunter and Ralph in the desert during the filming of 'Fear and Loathing in Las Vegas.' 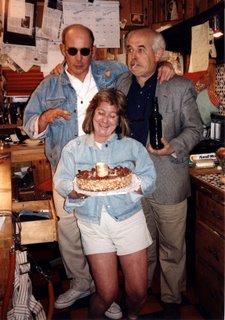 All images courtesy of the artists and Heinemann. (Thanks to Cassie Chadderton). They feature in the black& white photo sections in 'The Joke's Over' Ralph Steadman's brilliant memoir of his life and times with Hunter S. Thompson.

To hear a lengthy interview with Ralph go to our new audio site here.
at 11:13 am