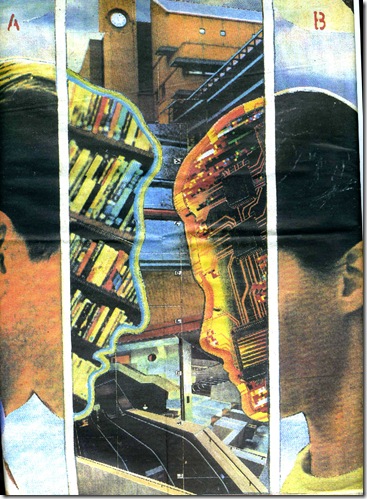 The previous post reminded me of  a piece I wrote for Connected, the digital supplement of The Telegraph newspaper - the first such supplement in the national press.

I was a regular feature writer for this and will be republishing more material from this working period in due course. One other, on H.A.L the computer in 2001, is already available on The Generalist.

This article was published on August 13th, 1996. At that time, still relatively early days in the digital revolution, the whole issue of what effect digital technology would have on paper-based libraries was an interesting topic. I was fortunate to be able to interview the top man at the British Library. The piece makes interesting reading in the light of later developments.

"It is the business of any  library to select, acquire,  organise, preserve and  make available the record I of knowledge and ideas,"  says John Mahoney, infor­mation systems director of the British Library. "This has been true since the Library of Alexan­dria and parchment. New technol­ogy is just another way of doing the same thing."

Mahoney says the spread of information networks and the growth of digital media is "as sig­nificant as the introduction of moveable type", but he refuses to be ruffled. "We have a piece of a 4,000-year-old tree bark from China with writing on it. We have the Diamond Sutra, which dates from 868." We're talking the long view here.

The library's institutional vision is clearly set out by its director, Brian Lang, in the introduction to its Information Systems Strategy Document. Here he says that "computers and telecommunica­tions are vital to the future of the library", which aims to become "a major centre for digital texts" and will use digital information sys­tems to "create more efficient library processes and services".

"We do not envisage an exclu­sively digital library," he writes. "We are aware that some people feel that digital materials will predominate in libraries of the future. Others anticipate that the impact will be slight." 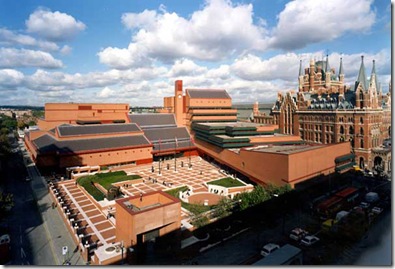 The British Library has 12 mil­lion items on its shelves, and is about to make the transition from its overcrowded British Museum premises to a controversial new £500 million base in St Pancras, the first part of which will be open next year.

This will have space for 1,200 readers and the purest air in London, thanks to the customised climate control system. Its four basement levels, descending nearly 23 metres, will contain 12 million volumes, and the building as a whole has 200 miles of shelv­ing and 1,900 miles of cables.

But in a digital age, the obvious question is: why build such a vast and costly temple to book preservation?

Mahoney argues that digital me­dia should not be seen as replacements for original documents, but as a means of enhancing access to them. Information technology, he argues, is a key component of a modern library, rather than a replacement for it.

"In the new library, each desk has a data and communication point, as many people will bring in PCs," he says. "But we can't afford to put in all the communica­tions links at the moment. Maybe in 10 years."

The library will not initially offer public access to the Net from the reading rooms. General Internet browsing can, it argues, be carried out just as well from other loca­tions. But in other areas, the library is already wired.

"At our big site in Boston Spa, 70 per cent of our requests come in electronically," says Mahoney.

"We are in discussion with pub­lishers over copyright issues, as we want to be able to respond elec­tronically." For the time being, readers are referred back to the physical originals.

One interesting aspect of increasing computer networking is that now no library is an island. "The global library is becoming a reality," says Mahoney.

Common standards and approaches — towards protocol, hardware and software, and what material should be digitised and what should be made available on the Net — must be developed on a global basis to be cost-effective and to avoid duplication and confusion.

In fact, the library community is increasingly interfacing with the Internetties to tackle problems involving classification and access.

One such development is the Z39-50 — a language allowing communication between non-compati­ble databases. Adopted as a US national stan­dard, libraries would like to use it to give all Web sites bibliographic tags, making online searching a lot faster and more exact and efficient.

However, W3C, the industry consortium dedicated to develop­ing common standards for the evo­lution of the Web, is unhappy about it and favours a less complex system called Z39-50 Lite.

Mahoney says: "We have increasing links with other major libraries and we are not in compe­tition. But none have the scope, age or breadth of material we have, which includes maps, sound archives and current publications. The same is true for our language and cultural content, our range of services and our publications."

The number of titles brought out each year year, including CD-Roms, makes it a medium-size publisher. Document supply, which provides by far the largest income, includes the supply of photocopies of scientific, technical and medical documents, of patents (it holds 40 million of them, the world's largest collection) and photographic services.

Seventy per cent of the library's £100 million budget comes from central government. Some 15 per cent of this total is spent on IT and telecoms, a percentage that has gone up steadily over the past few years.

Of the 2,400 staff, 1,400 are e-mail users. A wide-area telecoms network links all the library's sites and provides connections to Super-JANET and the Internet.

The British Library, in associa­tion with the British Film Institute has delivered a proposal to the Department of National Heritage) arguing for an extension to the existing legal deposit legislation which requires publishers deposit copies of everything publish in one of the five legal deposit libraries. The proposed extension would widen it to include non-print publications, such as texts on CD-Roms, films and sound recordings.

Would this include computer games? "The distinction we make in our active collection of materi­als," says Mahoney, "is of its research value to posterity. We don't collect board games now, and you might argue that these should be collected by a museum of games, a toy museum or a museum of childhood, rather than a national library."

However, he adds: "We have to accept whatever formats publishers produce in. The problem needs continuing attention. It might be that the best we can afford to do is preserve the data on the original carrier."

Then there's the thorny issue of copyright. "The ownership of 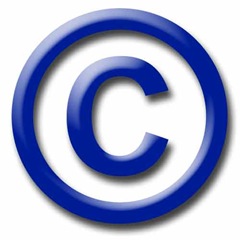 intellectual property doesn't rest with the library," says Mahoney. "In order to develop new services, we need the understanding of all parties involved so that we can get the correct acknowledgments and handle payment of rights." Some material may be pay-to-view (probably using some kind of smart card payment system). After all, as Mahoney points out, if you take a photocopy, you have to pay for it, and there is a limit on the amount you can photocopy from one source. This way, copyright is maintained and access is allowed.

MAINTAINING free access to basic ser­vices is a fundamen­tal tenet of libraries, however, and, says Mahoney: "Society has for many years supported mass institutions to provide this basic service."

The British Library now has a Web site (portico.bl.uk), currently registering 350,000 accesses a month, but it couldn't put its catalogue on the Net because, says Ma­honey: "We couldn't handle the traffic on our servers."

Their Internet team is broadly dispersed throughout its system and contributors, with an editor and webmaster. One can view valuable manu­scripts, like the Magna Carta and the Leonardo sketch books and even zoom in on them. This project will be linked to CD-Rom publish­ing and interactive displays in the library's exhibition galleries.

Inside, the library is vast and  white, with craftsmanship in every-fitting. Brass-handled doors, round portholes, fretwork, sculptured seats for scholars are all eerily empty and waiting, like a huge film set.

The library says its strategy is changing from "an organisation that purchases, stores and pro­vides access to material to one which acts as intermediary between the providers of digital information and those seeking access to it across networks".

In the meantime, the library will continue on its stately, time-honoured course. From tree bark to computer disk is just another evo­lutionary step; the work of preserving the record of knowledge and ideas continues.

The next chapter begins

NATIONAL libraries around the world are engaged in system and standards development.

In America, the British Library report says, they are "developing a national information infrastructure based on the set of digital network technologies commonly known as the information superhighway".

Also at the forefront of these developments is the Science, Industry and Business Library (S1BL) in Manhattan, a branch of the New York Public Library. Widely viewed as a library prototype for the digital age, it was designed, in the vision of the architects, as a "library without walls... a transparent membrane through which information and resources flow freely between the library, international business and research communities and the public".

Its electronic information centre has 70 computers that provide visitors to its reading room with access to the Internet. The SIBL offers 24-hour online access to its catalogues and free classes on using the Internet. It also, incidentally, has five floors of books.

There are many co-operative initiatives under way in Europe, with funding from the Info 2000 programme.

The Bibliotheque National de France (BNF) is also planning computer systems for its new library in Paris, and has ambitious plans for digitising 100,000 books (30 million text pages) and 590,000 images.

Many argue that public libraries were established to provide books for readers who couldn't afford to buy them and are, therefore, the natural place for those who can't afford computers to gain Internet access.

The UK Office for Library and Information Networks recently found, however, that only one in five of its members currently offers Internet access, and public workstations are scarce. But a European initiative called Publica is looking into how the EU's 50,000 public libraries can be linked through networks and the Net.

In the US, Libraries Online, a £1-3 million project sponsored by Microsoft, aims to ensure that people without access can get online free. The Californian state government's InfoPeople project gives 180 communities access to the Net via public libraries.

The Australian government has committed £12 million to link all public libraries in the country to the Net.

I found your blog on Google and read a few of your other posts. I just added you to my Google News Reader. Keep up the good work. Look forward to reading more from you in the future.

This is really a well laid out website. I like how you have presented the information in full detail. Keep up the great work and please stop by at my site wet wipes sometime. Keep it up.