THE RETURN OF THUNDERCLAP NEWMAN 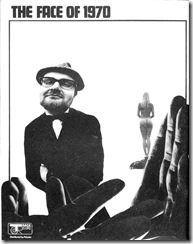 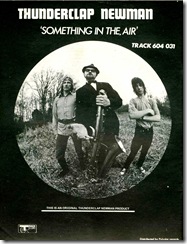 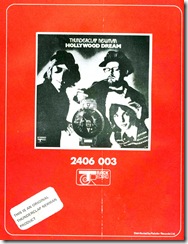 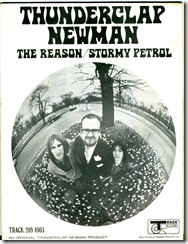 Back cover adverts from the legendary music mag Zigzag. See next post.

I'm excited! On Friday February 19th, I'm promoting a gig at the Con Club in Lewes featuring Thunderclap Newman, a new version of which are on the road - and our gig is the first of the tour. The five-piece band includes Andy Newman (the original), Mark Brzezicki (former Big Country) and Josh Townsend (Pete's nephew) + Nick Johnson and Tony Stubbings. As I understand, they'll be playing the first album in full.

'Something in the Air' was always one of my favourite tracks of all time and is still an uplifting song. I was friends for a while with Speedy Keen back in the 1970s when he was hanging out at Dierdrie Redgrave's place in Earl's Court. A difficult diamond geezer. 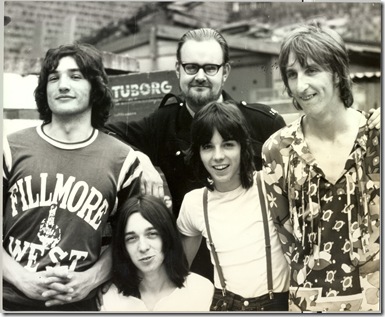 The augmented line-up following the No 1 success of 'Something in the Air'. [Left to right]: Jim Pitman-Avory, Andy Newman (in policeman's uniform), Jack McCulloch, Jimmy McCulloch, John "Speedy" Keen.

In 1969, Pete Townshend of The Who, helped create the band to play songs written by former Who roadie, drummer/singer John 'Speedy' Keen. Townshend produced the single “Something In The Air”, arranged its strings, played its bass under the pseudonym Bijou Drains, recorded it at his house and hired for it eccentric GPO engineer and jazz pianist Andy 'Thunderclap' Newman and 15-year-old Glaswegian guitarist Jimmy McCulloch.

The single was No. 1 after just three weeks (hitting the top the week of the moon landing) holding off Elvis Presley in the process. The scale of the song's success surprised everyone, and there were no plans to promote Thunderclap Newman with live performances. Eventually a line-up, augmented by Jim Pitman-Avory on bass and McCulloch's elder brother Jack on drums was formed.

"Something in the Air" has appeared on the soundtracks of the films The Magic Christian (1969), Almost Famous (2000), The Girl Next Door (2004), and The Strawberry Statement (1970) plus many TV advertisements including Vodaphone and British Airways.