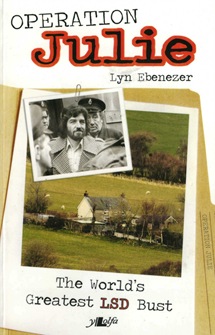 This is an interesting new account of Operation Julie, the celebrated LSD bust of the 1970s by Welsh journalist Lyn Ebenezer [pubished by yLolfa].

According to the blurb: ‘In March 1977, the largest police drugs bust in history cracked a drugs ring based near Tregaron in rural mid-Wales, Six million tabs of LSD were recovered by the police and 120 people were arrested throughout the UK and France. Stashes of LSD worth £100 million were also unearthed and £800,000 was discovered hidden in Swiss bank accounts. eventually 17 defendants were jailed for a total of 130 years in the wake of the investigation.’

This is not the first book-length account, as the author acknowledges.

Two books were published immediately after the trial - ‘Operation Julie’ by Dick Lee, the policeman who had led the investigation (co-written with Colin Pratt of the Express newspaper and ‘Busted’ by Martin Pritchard, also part of the Julie squad (written with Ed Laxton, and published by Mirror Books).

Three other books cover it in more or less detail:

‘The Brotherhood of Eternal Love’ by Stewart Tendler and David May (1984/rp2007), two investigative journalists who covered the case for The Times and the Sunday Times respectively [SEE PREVIOUS POST]

This new book adds a lot of flavour and detail about the local Welsh scene, which the author knows well. It’s a complicated story with numerous locations and characters, both in the LSD rings and in the police investigation which can be quite confusing for the reader. There is a good photo section but a map, a list of dramatis personae and a chronology would have helped.

The Generalist was pleased to discover that the piece on Operation Julie that I wrote for the NME shortly after the trial is quoted extensively in Chapter 15. You can read the whole article here: INSIDE DOPE: OPERATION JULIE REVISITED

The Generalist Archive has a good selection of original clippings from the time, details of which are reproduced below: 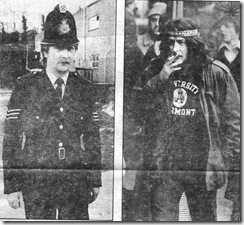 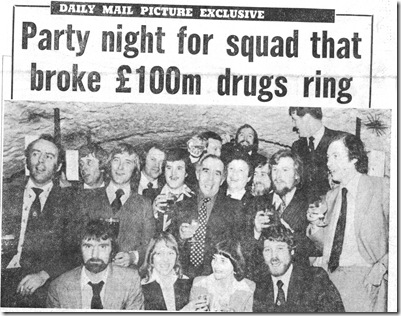 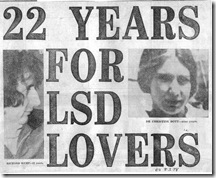 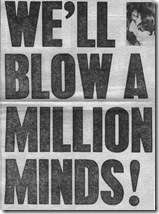 (Top Left): Portrait of Julie Taylor, the policewoman whose name was used for the operation. She discovered during the trial that she had gone to the same school as one of the defendants, Christine Bott

Hi Generalist
I've read your blogs with great interest. As one bust by Operation Julie, I know the story inside out - and I can assure you that Lyn Ebenezer's book, though interesting, contains many errors and is very confused. My memoir, 'To Live Outside the Law', which comes out in July, will set the record straight (!) in many respects. If you'd like a preview have a look at my website: leaffielding,com
all the best
leaf