BEATNIK NEWS: ON THE ROAD MOVIE 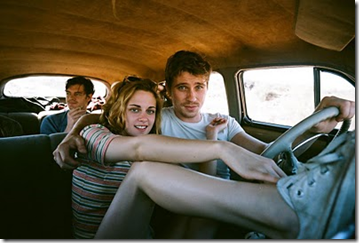 On The Road is an upcoming adventure drama movie directed by Walter Salles based on a script by Jose Rivera. It's a movie adaptation of Jack Kerouac's novel of the same name. The film is starring Garrett Hedlund, Sam Riley, Kristen Stewart, Kirsten Dunst, Amy Adams, and Viggo Mortensen. There's no official release date yet.

SEE ALSO: The 25 Best Road Movies From Around the World by Will Aitken