AL GORE: FROM ME TO WE 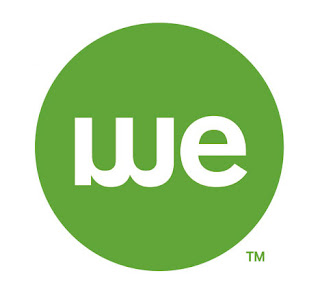 Steven Heller analyses this symbol in the New York Times,
Al Gore is on the move, this time through the non-profit Alliance for Climate Protection, which he chairs.Through the Alliance, he plans to spend $300 million in three years to mobilise Americans on climate change.

'Al Gore is launching one of the biggest public advocacy ad campaigns in history to convince Americans that the government needs to act on climate change.

'The former vice president and Nobel Peace Prize winner is helping to fund a $300 million campaign from the for Climate Protection aiming at pushing for action on climate change from .

'Gore, the Washington Post reports, will donate award money from the peace prize, proceeds from the movie and book "An Inconvenient Truth," and his salary from Menlo Park-based Kleiner Perkins Caufield & Byers to the cause.'

“We can solve the climate crisis, but it will require a major shift in public opinion and engagement,” Mr Gore said in a statement. It added the “technologies exist.” However, elected leaders need a push to enact required legislations. Other right things will follow. Politicians listen when they hear “the American people calling loud and clear for change.”

'The blitz will attempt to convince Americans “a clean energy economy is a win for American jobs.” Options galore exist: wind power, solar thermal to power turbines, solar panels and geothermal power, to name just a few, the Alliance says in its Web site. It then gives examples of so far successful usage of these options.

'For a sweetener, the Alliance argues installation of windmills in a section of southwest United States would meet the country’s electricity needs. Who needs the proposed 100-plus proposed carbon dioxide bellowing coal-fuelled power plants?

Extracts from: THERE AND ABOUT: Al Gore steps up war on global warming by Chege Mbitiru. He concludes; 'Mr Bush might end up being remembered as a warmonger who lived during Mr Gore’s campaign to save the globe.'