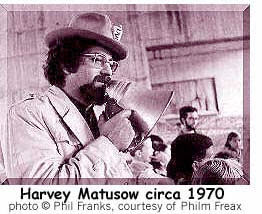 See the wonderful Phil Franks digital archive here. Contains great material from the 1960s and 1970s, including a lot of stuff on the British underground newspaper Frendz, on which I also worked later on. Phil's work is outstanding and now provides a valuable cultural record of that period.
Harvey Matusow
1966-1972

Stephen Dwoskin, born in New York on 15 January 1939, is one of the most visually rich and emotionally intense filmmakers in British cinema...In 1964 he moved to London on a Fulbright Fellowship to research British design, and in 1966 set up the London Film Makers Co-op with two other New Yorkers, Andy Meyer and Simon Hartog. [Full text here] See also: 'Shoot Shoot Shoot. The First Decade of the London Film-Makers’ Co-operative & British Avant-Garde Film 1966-76. '[Full text here]

Matusow had nothing to do with the founding of International Times, according to Jim Haynes and Miles, who were two of the founders. [see exchange of letters here]

Met and fell in love with and married Anna Lockwood, an avant garde composer from . We become a team and did concerts and theatre pieces in , Liverpool, , , , , , , and the .

Wrote to Yoko and Tony [Cox] and suggested that they come to which they did, and Yoko met John etc…

This seems unlikely. On the official ONO website it says: 'In 1966 she was invited to London to participate in a Destruction In Art symposium (DIAS).' Barry Miles in his book 'In The Sixties' says this was staged 31st August-30th Dec 1966 in London and was organised by Gustav Metzger and John Sharkey. He writes:'Mario Amya, the editor of Art and Artists, paid for Yoko Ono to attend, and she arrived with her husband, the annoyingly loud Tony Cox and their baby Kyoto.' After her performance, she was invited by John Dunbar to stage a show at the Indica Gallery, previewed at a private party on 8th November, which is where she first met John Lennon.[Wikipedia says this was in 1965 and was a Fluxus event. Both facts are certainly wrong.]

Did films, happenings, wrote much, did radio and TV, managed Jazz Club in (Ronnie Scott's ).

1968-1972: Worked as an independent for the BBC [and produced] 16 radio documentaries, and much TV, comedy and news and current affairs. Become one of editors of ‘The American’, a weekly in for the American community. 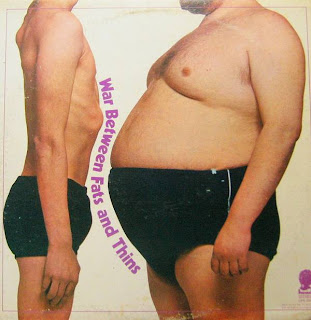 The first realease was 'Afghan Red' a single on Head Records (1969) followed by a classic album: 'The War Between the Fats and the Thins' (1969). MP3 downloads of this album can be found here. See also: Play It Again Max 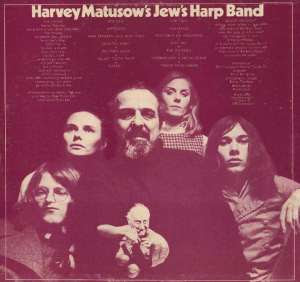 Organized International Society for Abolition of Data Processing Machines and wrote and published my third book, ‘The Beast of Business: A Record of Computer Atrocities’. Time magazine did a piece on the Society and that got me an invitation to come to the States and do a gig on the Mike Douglas Show.

According to Time magazine (Sept 12th 1969): 'Matusow now lives and plots in London. He is the self-appointed president of the International Society for the Abolition of Data Processing Machines, which claims 1,500 members. Like Matusow, they look on the computer as an exploitative monster that has turned on its creator. Members receive, free of charge, an I.S.A.D.P.M. identification card decorated with a red slingshot, symbolic of David's battle with Goliath. They also get a year's subscription to Matusow's anticomputer newsletter, which he plans to start publishing soon. For 6s., they can get a copy of his 125-page 'The Beast of Business', a handbook of guerrilla tactics for computer haters that might have been conceived by Che Guevara.' Full article here 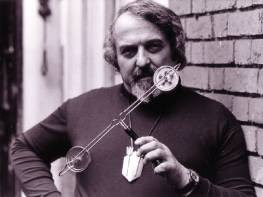 Matusow showed his lighter side in the early 1970s when he became involved in the design, manufacture and sale of a toy called the “Stringless Yoyo”. He would later name his unfinished autobiography after this toy. [Source]

Organized ICES-72, the largest avant garde new musical festival ever done. Spent the better part of 1971 and 1972 pulling it all together. When completed, returned to the with Anna.

'The International Carnival of Experimental Sound, or ICES '72 for short, was an ambitious festival sprung from the mind of Harvey "Job" Matusow (1926-2002). Jumping off from his associations with Source magazine, Harvey brought together over 300 artists from over 21
countries to perform in London, England over the course of two weeks in August of 1972.' [See:ICES 72 concert]

'The event's highlights included performances by Charlotte Moorman (in the Roundhouse and in the Richard Demarco Gallery in ) and John Cage's HPSCHD, for eight harpsichords and projections of the American space programme. A train was hired to take participants and public to , to link with the festival; Charlotte Moorman performed Nam June Paik's TV Bra in the Richard Demarco Gallery.' [Wikipedia]

Sources: Chronological entries: from the ‘Stringless Yo-Yo’. edited to shorten it, correct mistypings and, in some cases, to make it read more fluently. Othere sources indicated.