[Left]: The original news report from the New York 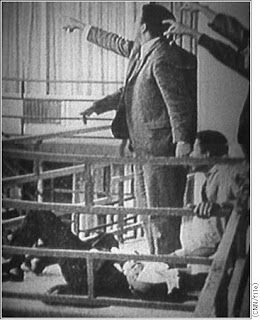 The world and the media have been remembering the assassination of Martin Luther King, 40 years ago yesterday. and The Generalist is doing likewise. I most wanted to know whether we were anywhere nearer the truth of what actually went down that day.

King was shot while standing on the balcony of the Lorraine Motel in Memphis at 6:01pm, April 4 1968.

His death triggered off riots across America. In the space of four days, 110 Americamn cities were in flames, including Washington, Baltimore, Chicago, Detroit and Pittsburgh. During the riots, 43 people were killed, 2135 wounded and 13,248 arrested. It took 20,800 Feederal troops and 44,000 National Guards to quell the riots.

Dr King was supposedly shot by a small-time criminal named James Earl Ray. Jesse Jackson believes that is a partial truth, at best. He told Vincent Dowd of BBC News: "I'm convinced Ray was not the lone shooter. He didn't have the money, the mobility nor the motive to have done it. The fact that James Earl Ray was able to get out of the city and out of the country means he was a hired hand. The government seems to have had the most motive for attacking Dr King."

Dowd writes: 'He had been a no-account criminal, brought up in poverty in , who escaped from jail a year before the murder. After the assassination he fled , escaping to and then . He travelled briefly to Lisbon, apparently hoping to arrange contacts with white mercenaries in Africa. He returned to London and was finally arrested at Heathrow trying to board a flight for Brussels.'

Ray was extradited to Tennessee and charged with King's murder. He confessed then recanted his confession. On the advice of his lawyer, he pleaded guilty to avoid a trial conviction and the possibility of receiving the death penalty and was sentenced to 99 years. Ray then fired his lawyer and spent the rest of his days attempting unsuccessfully to withdraw his guilty plea and secure the trial he never had. He died in 1998 of cirrhosis of the liver. MLK's son Dexter met with Ray before his death and became convinced of his innocence.

The King family were subsequently represented by attorney William F. Pepper, whose book on the killing claims that Ray was an innocent in a larger conspiracy. In 1999 he won a wrongful death civil trial on their behalf against one Loyd Jowers, who claimed to have been paid $100,000 to arrange King's assassination. The jury concluded that Jowers was guilty and that 'governmental agencies were parties' to the assassination plot. In 2000, the US Department of Justice investigated this conspiracy claim and could find no evidence to support it.

The claims and counter claims between experts, seeking either to prove Ray's guilt, or that he was a patsy in the service of a widespread conspiracy, continue to reverberate.

Pepper is currently writing his third book on the case; Gerald Posner, who has researched Ray's life in greater depth than anyone else, wrote a book explaining why he believes Ray must be the murderer. Dowd does a useful job of looking at some of the key questions that both sides have to examine and explain 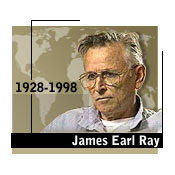