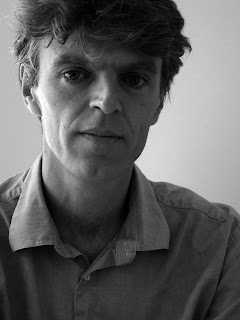 NEW ON THE AUDIO GENERALIST
Interview with filmmaker Grant Gee about 'Joy Division: The Movie' which is due to go on general release in May.

Grant's work is consistently interesting and innovative and includes a number of experimental works, a huge back catalogue of pop videos and the standout Radiohead documentary 'Meeting People Is Easy'. He was also Director of Photography on 'Scott Walker: 30 Century Man'.

Read my excited early review of the film from December 2007: JOY DIVISION: THE DOCUMENTARY

Updates:
Named Observer Film of The Week and reviewed by Phillip French
See: Unknown Pleasures by Jon Savage in The Observer
See: Controlled Chaos: From Dostoevsky to Burroughs to pulp sci-fi, Ian Curtis devoured offbeat literature. Jon Savage, writer of a new film about Joy Division, explores the impact of the front man's reading on the band's lyrics 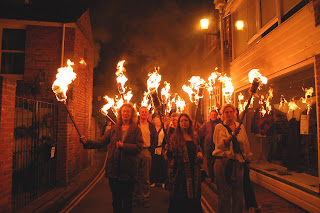 It is a year since the Harveys was restored to our local pub the Lewes Arms which meant that Saturday April 26th was a day of much mayhem and madness, including a beer race and torchlit march. See the latest photos on my Lewes Arms blog, which provides a detailed account of a campaign that is probably the biggest pub protest in British history. There is now a full-page on Wikipedia documenting the dispute. Thanks to whoever put it up there.