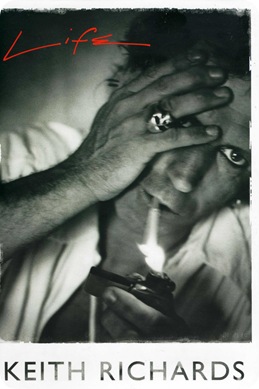 The cover photo is mesmerising. Take a good hard look before marching through this remarkable narrative by a man who cannot die by normal means, who has cheated death repeatedly, who recognises no normal human timetable or substance ingestion regime, who rarely sleeps and once stayed up for nine days straight before falling over, who has the constitution of an ox , who charms up dark powerful riffs from the deep soul of his being.

It is difficult to imagine how such a man is still standing let alone consistently playing to millions. He has never stopped playing every day (except when in a hospital or jail or unconscious) since  before he was living in scuzzy flat in Withnail-and-I-land with Brian and Mick who, every day, would just sit there listening and playing along with Chicago Blues records and trying to figure out how it was done. Day after day, for eight hours or maybe twelve or fifteen, fuelled by whatever they were on at the time.

The conquered London quickly, found fast fame, hit America running and recharged interest in the blues they loved in its birthplace where it had been forgotten . Suddenly Muddy Waters and contemporaries had a career again.

This a meticulous book which flows pretty much seamlessly as if Keef is talking right to you, in other words in his own conversational style. At least a hundred people were interviewed and their recollections are interspersed giving vivid impressions of Keef’s world.

You don’t want to be around when the red mist comes down, like the young guy at his daughter’s marriage who’s had the cheek to eat a bit of the crust off Keef’s shepherd’s pie. [Keef is extremely keen on his shepherd’s pie. He gives us his recipe. It’s in his rider. Keef doesn’t go on unless his pie’s there, ready to go, with an unbroken crust] He chased the poor lad with cutlasses that were handily hanging on the wall of Redlands.

James Fox deserves a massive tip of the hat here. In lesser hands it would not be one of the great auto-biographies in modern music. I can imagine Keef constantly scribbling a thousand notes, talking into recorders, each incident captured quickly triggering off a starburst of other memories when Keef either slept with a Ronnette, threatened to kill a barman, threw a knife at someone, drove some machine at breakneck speed, met some of the greatest legends in blues and country music, snorted or jacked up & spliffed until the morning, swigging Jack Daniels, playing the guitar, getting down with his buddies – or all of the above. What a life. Only for the strong.

This book in master-class in a number of things: how to understand the blues and how to play it on the guitar; what not to do when taking drugs. It talks interestingly about how the dynamics work within a band, gives painful stories about how bad it can get between principal members.

Brian comes across as a really nasty piece of work. Wyman is hardly mentioned. Mick make’s appearances and is ritually insulted at every turn. It explains how he got the nickname Brenda.

His son Marlon, by contrast, enters the book at a certain point, as Keef’s young sidekick as they career across European borders, staying ahead of the law, with Keef jacking up in the front seat. Marlon’s own accounts of their perilous adventures are both extraordinary, moving, and frightening at times. From the evidence of his own words and by all accounts, he has survived and thrived.

Keef’ ‘Life’ ranks with ‘Chronicles’ and ‘Bound For Glory’ as a remarkable account of a musician’s life.

See Previous Posts on Keef and the Stones:

A review of Robert Greenfield’s amazing book on the making of Exile on Main Street, and on Martin Scorsese’s documentary.

NME: The Stone With The Golden Arm

Three images from The Generalist Archive: 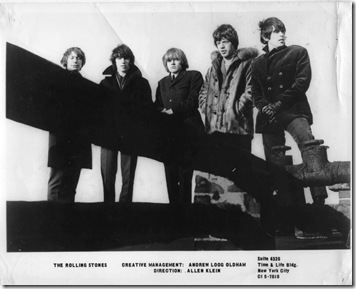 Original American press still which bills Andrew Oldham as the band’s Creative Management and Allen Klein as Direction. Not for long! 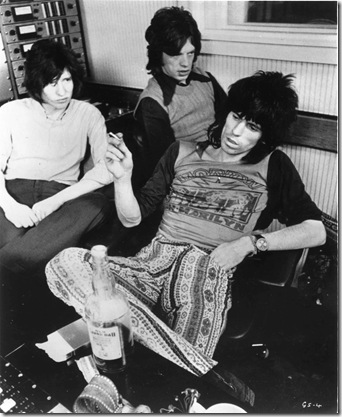 A original still from the amazing Mayles brothers documentary on Altamont 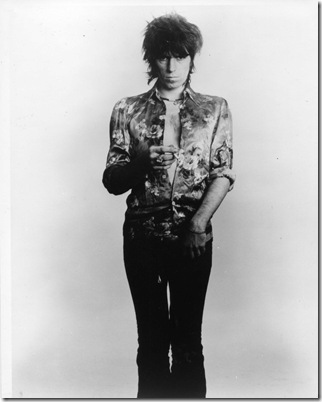 A publicity still for The Stones European Tour in the 1970s