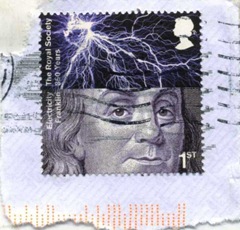 A remarkable double-sided clipping from Science magazine arrived in the post (yes, in an envelope with an appropriate stamp), from Michael Marten, friend and colleague, founder member of the team behind An Index of Possibilities and creator of the Science Photo Library. There was a handwritten note on the back of a Gaugin postcard [‘Nevermore’] which read:

‘I am very taken with the enclosed clipping. Not only are we not the centre of the solar system, galaxy or universe, we aren’t entirely ourselves either! If the lifeforms we think of as distinct, from trees to apes, are hybrids or chimeras, stuff of microbes as much as flesh and xylem, then the world truly starts to be seen as one interlinked Gaian entity.’

The two stories refer to the following: 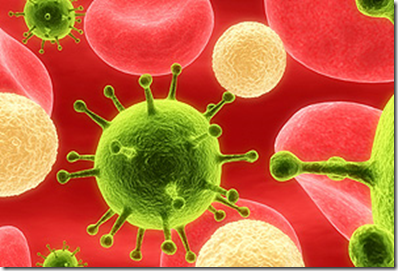 ‘This past decade has seen a shift in how we see the microbes and viruses in our body. There is increasing acceptance that they are us, and for good reason. Nine in 10 of the cells in the body are microbial. In the gut alone, as many as 1000 species bring to the body 100 times as many genes as our own DNA carries. A few microbes makes us sick, but most are commensal and just call the human body home. Collectively they are known as the human microbiome.’

‘Viewing the human and its microbial and viral components as intimately intertwined has broad implications. As one immunologist put it, such a shift “is not dissimilar philosophically from the recognition that the Earth is not the centre of the solar system.” 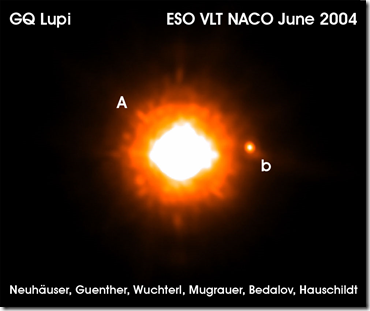 Astronomers using the worlds most advanced telescopes have photographed a planet orbiting a distant star. This first ever event, captured a giant Jupiter sized planet in its orbit.

Astonishingly, the astronomer Giordano Bruno had this to say in 1584 – for which he was imprisoned and then burnt at the stake.

‘There are countless suns and countless earths all rotating round their suns in exactly the same way as the seven planets of our system. We see only the suns because they are the largest bodies and are luminous, but their planets remain invisible to use because they were smaller and non-luminous.’

Astonishingly, in the year 2000 we had discovered just 26 of these extrasolar planets.  By 2010 we had found 505. Hundreds more are expected to follow. NASA’s Kepler space telescope detected 700 possible candidates in the first few months of its launch.

Researchers are convinced that ‘earth-like planets abound in the universe and  that improved detection capabilities in the coming years will turn up scores of them just in our galactic backyard. This insight has opened up the possibility of detecting life elsewhere in the universe within the lifetimes of young astronomers entering the field, if not sooner.’