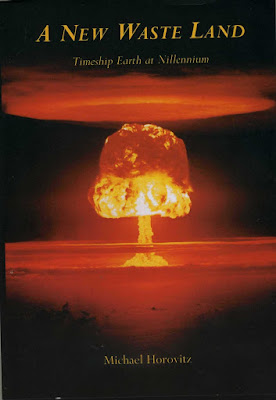 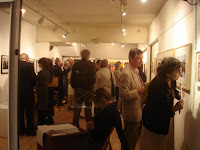 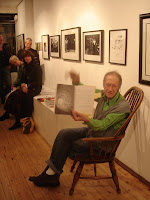 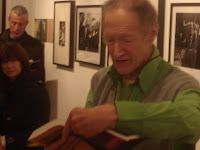 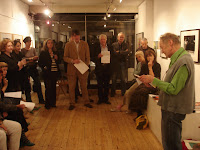 Wed 20th: The Generalist attended Fine Art auction at the East West Gallery in Blenheim Crescent, Ladbroke Grove, London for the Benefit of 'A New Waste Land: Timeship Earth at Nillennium' - a major poetic work by Michael Horowitz, a ten-year labour. The funds are to rescue the hardback edition which is currently stuck at the printers. A small but enthusiastic gathering were able to bid for works by Hockney, Peter Blake, Martin Sharp and others. Mike read stirringly from his book and made everyone feel at home. Lord Gowrie handled the aunctioneering with the aplomb appropriate for a former Director of Sotheby's. Hopefully a fine total was made.

The book's advance information release describes the work as follows:

'In his most political work to date, Michael Horovitz adapts and extends the structure, music and apocalyptic collage of T S Eliot’s The Waste Land of 1922, to take a hard look at the state of the nation and the planet at the turn of the millennium, and after. Among the soulless forces of darkness deconstructed in the poem itself, and in the abundant notes and illustrations, are Tony Blair’s degradation of the Labour Party; the mega-materialisms of Margaret Thatcher and Rupert Murdoch; the macho duplicities of Bull Clinton and Gorge Dubbya Bash; Hypeing Up, Dumbing Down and the “EnterPrize Culture”; the hubristic vacuities of the Greenwich Dome saga; and the suicidal commercial triumphalism promoted by the arms, nuclear, advertising and war industries.

The Generalist will be digesting the book and reporting back.