STAR WARS TO OUR WARS: Letters to The Times 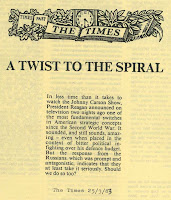 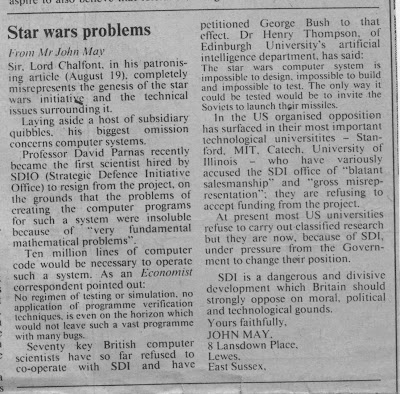 Eleven days before I met Parnas, The Times a top-of-the-page opinion piece by Lord Chalfont, entitled 'Star Wars: the high cost of staying out.' It was, in a fact a big puff for his soberly titled book 'Star Wars- Suicide or Survival' It was stuffed full of erroneous statements to the point where I felt driven to write to the paper.

Worth pointing out that in those days, a letter in the Times still carried some weight.

Much to my surprise the letter was printed on September 2nd: [click image to read in full] 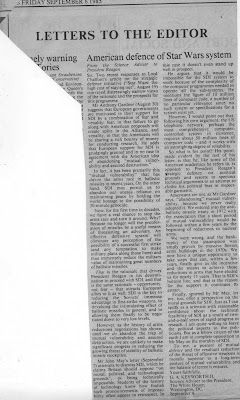 The following days I scanned the letters page for any follow-on correspondence but nothing appeared until Friday September 6th. I was in my bed, reading the morning paper with a cup of tea when I let out a huge whoop and a holler. My letter had hit a sensitive spot.

In that day's Times the lead letter was a large two-column rebuttal which concluded: 'But as a fellow citizen of the earth I am in complete opposition to Mr May on the morality of SDI.'

The writer ?
George A. Keyworth, Science Adviser to the President, The White House, Washington DC.

I quickly wrote a response to Keyworth's letter and received the following note from the Editor of the day: 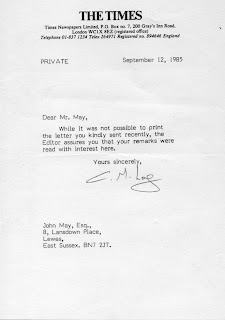