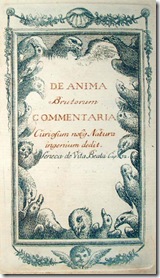 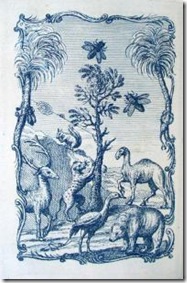 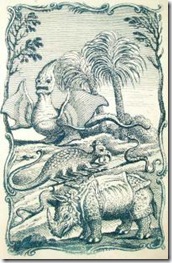 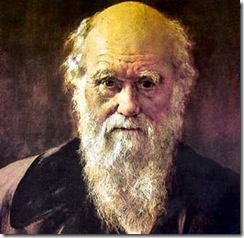 The Generalist is a great believer in serendipity and today was a delightful example. My friend Michael had sent me some clippings from Nature  which included two out of a series of four pieces they published about how Darwin's concept of evolution was received around the world by other cultures. I read them at the coffee shop and, back home, got on the web only to discover that today is the 150th anniversary of the first publication of 'The Origin of he Species.'

The first piece, 'Eastern Enchantment' by Marwa Elshakry demonstrates the ease with which Darwin's ideas were assimilated into local traditions of thought.

Scholars from Calcutta to Tokyo and Beijing constructed their own lineage for the theory of evolution by natural selection, tracing it to older and more familiar schools of thought and claiming ownership of what they saw as the precursors to these ideas.'

In China the scholar Yan Fu in the 1890s reinterpreted Huxley and Darwin in the light of Confucian ethical debates.

In India, Satish Mukherjee saw Samkhya, one of the oldest schools of Hindu philosphy, as a precursor to the modern view of evolution. In his view Samkhya was the theory of evolution applied to the whole cosmos.

Muslim philosophers had long held the view that species ('kinds') could change over time and early texts refer to a hierarchy of beings and even argued that apes were lower forms of humans.

Darwin said he had seen an essay on the Origin in Hebrew showing that 'the theory is contained in the Old Testament.'

But Christianity, it seems, was alone amongst the great world beliefs in being in conflict with science and discussion about Darwin in the West has been dominated by this supposed clash ever since.

Globally, says Elshakry, Darwin was not so much a revolutionary or a scourge of faiths, as he was a revivifier of traditions. He straddled worlds between the moderns and the ancients, giving a new lease of life to ancient philosophers, ethical debates and even dynastic loyalties.

The second piece 'Contempt for Competition by Daniel Todes addresses the reception of Darwin's idea in Russia. In summary, they balked at the Malthusian 'struggle for existence' of Darwin's thought, seeing it as a very British idea which reflected their competitive individualistic society. 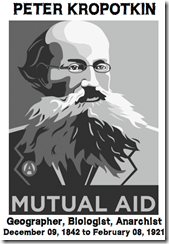 As a result, many Russian naturalists turned to the theory of mutual aid, which emphasised cooperation between species in their joint struggle to survive in hostile conditions. Karl Kessler's 'On the Law of Mutual aid (1879) established this concept as a staple of Russian evolutionary thought. One of Kessler's admirers was the exiled anarchist prince Peter Kropotkin, who produced his own text 'Mutual Aid: A Factor of Evolution' in 1902.

The third and fourth piece (unread) are :

'Global Darwin: Revolutionary road' by James Pusey which argues that 'in China, under the threat of Western imperialism, interpretations of Darwin's ideas paved the way for Marx, Lenin and Mao.'

'Global Darwin: Multicultural mergers'  by Jürgen Buchenau who writes that ' Latin Americans first saw evolution as a reason to 'whiten' their societies, then as a reason to take pride in their mixed lineage.' 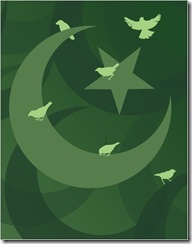 According to a recent article in the New York Times (2 Nov 09) - 'Creationism, Minus a Young Earth, Emerges in the Islamic World' - a report on conference held in the States in October 2009:

'Creationism is growing in the Muslim world, from Turkey to to Pakistan to Indonesia.' Their belief is so-called 'Old-Earth Creationism' - they have no quarrel with astronomers and geologists as to the age of the earth but insist that life is 'the creation of God, not the happenstance consequence of random occurrences.'

Darwin's Lost Egg Has Been Found

Darwin, 'The Origin' and the future of biology

On 150th Anniversary of the publication of Charles Darwin’s On the Origin of Species, Professor E O Wilson, considered by many as Darwin’s natural heir, gives his assessment of the master naturalist, Darwin’s big idea and his own vision for a new system of biology equipped to tackle the threats to our natural world.

Darwin in the World: Evolution And Faith In The 21st Century

Bridget Kendall chairs a debate about evolution and faith from a conference at the famous Bibliotheca Alexandrina in Egypt. They discuss how Darwin’s ideas were received around the world in his own time, and how attitudes vary today, from the Christian fundamentalist heartland in the USA to faith schools in the Middle East. Will there always be conflict between evolution and religion? Do they apply to different, non-overlapping worlds? Or can science live in harmony with faith?

"I Had No Intention to Write Atheistically": Darwin, God, and the 2500-Year History of the Debate