GORE WATCH: CIVIL DISOBEDIENCE IS BACK 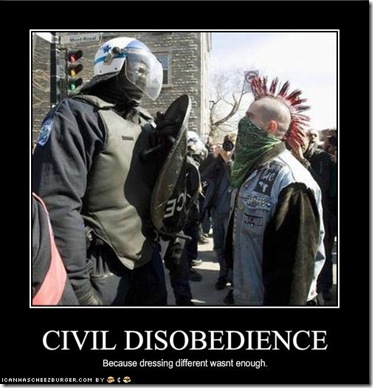 Its not only the climate that's changing, its also the discourse. As activity around the Copenhagen negotiations intensify, attitudes are hardening and there has been an interesting shift away from describing the problems towards a more solution-oriented approach to dealing with not only global warming but also other major world problems.

To begin with the latter, Al Gore is, of course, in the thick of it. After the global impact of 'An Inconvenient Truth' comes his new work 'Our Choice: A Plan To Solve The Climate Crisis', a culmination of 30 "solution summits'' that Gore convened around the world.

He is in favour of geothermal energy, biochar and 'smart grids' and is skeptical about nuclear power, carbon capture and pumping sulphur dioxide into the atmosphere, a geo-engineering project that he describes as "insane".

He believes that we must promote energy efficiency and renewable fuels but that must also curb two other practices that are large sources of greenhouse gas emissions — deforestation and tilling soil in farming practices. He believes also that governments should start to enact policies to slow the population growth that leads to higher energy demands.

I am taking these facts from Oliver Burkeman's profile of Gore in the recent Guardian Saturday magazine, in which Gore states:

"Civil disobedience has an honourable history, and when the urgency and moral clarity cross a certain threshold, then I think that civil disobedience is quite understandable, and it has a role to play. And I expect that it will increase, no question about it."

It's a serviceable profile but with a weak centre as it conflates the story of Gore's past but gives the wrong reading. What the piece should have said, rather than dwelling on his behaviour as a result of losing a rigged Presidential election, was that following his son's accident, the epiphany he had resulted in his first ecological work - Earth in Balance - published in 1992 on the eve of the Rio Earth Summit, at that time the greatest ever conference of world leaders. Thus Gore's current view have deep roots.

The piece also neglected to get to grips with another aspect of Gore which is under attack in America. Gore has made a lot of money. His business interests have been scrutinised by the New York Times on two fronts. First he has made a fortune from his investment or relationship with Google and Apple. Second he has built a business empire in green technologies + he is working on the synergy between the two. As has been pointed out, he is not a publicly elected official and is perfectly entitled to make his money where he may. His critics home in on this as follows.

The piece - Gore’s Dual Role: Advocate and Investor by John M. Broder [November 2, 2009], which is a valuable summary of Gore's business activities says:

'Critics, mostly on the political right and among global warming skeptics, say Mr. Gore is poised to become the world’s first “carbon billionaire,” profiteering from government policies he supports that would direct billions of dollars to the business ventures he has invested in.' 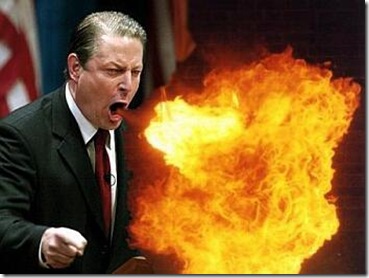 This is a favourite  anti-Gore image circulating on the internet

Every one has an agenda in this sort of situation. No statement from any sector should be taken at face value. Gore is a hate figure for a broad constituency of Americans because of his high public profile.  He is also a powerful member of a powerful elite who is either profiting from his advocacy or involved in a sincere attempt to alert the world to one of the greatest problems it faces depending on your view. There are many other positions between these two extremes.

AL GORE: FROM ME TO WE