MUSIC FROM THE BASEMENT 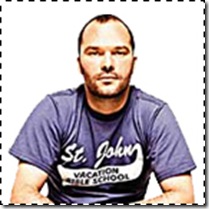 Is From The Basement the best music site on the Internet? I think so.

Nigel Godrich - engineer, producer, mixer of such bands as Radiohead, Beck, Paul McCartney, REM, Divine Comedy, Neil Finn, McAlmont and Butler and many others, has created a wonderful site. He describes  it as: ' A sort of music show / labour of love produced by a small group of dedicated individuals. We shoot it all on HD video and the sound is produced by me.

'The whole emphasis of the show is about being artist friendly and making our bands as comfortable as possible so that they can give great performances without the usual agony of TV promo which everyone has to do but no one seems to enjoy. TV world is a pretty hostile environment for your average musician to have to walk into and bare his soul on cue.. It also doesn't hurt that a lot of the people we've filmed are friends or people we've worked with before so they trust us and know that we understand what recording music is about as well as making good TV.All in all I think it all adds up to something unique and special which I don't feel happening anywhere else in either the music side of mainstream TV or online.

'My own personal goal is that in the future some of these performances might be seen as the truest representation of the state of their artists work, captured in a way that lets their talents speak without the interference of presenters, or audiences. That is what I feel when I watch Talking Heads or Bill Withers on the Old Grey Whistle Test, that they are most definitely playing for me, not someone else in the room. If we can even touch on that kind of directness and quality then I think the whole project will have been a success.' 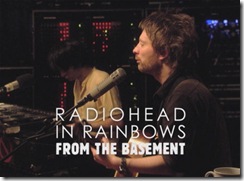 There's some stellar performances up there already - with many more to come. The Beck material is truly awesome. I've enjoyed Queens of the Stone Age, Iggy and the Stooges, Albert Hammond and the cool and groovy CSS. The sound is perfect and the filming thoughtful and stylish. Beautiful stuff. So much more to listen to. Don't miss this.

Thanks to Louis for the tip-off. That's one I owe you.