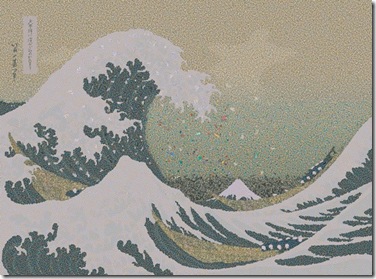 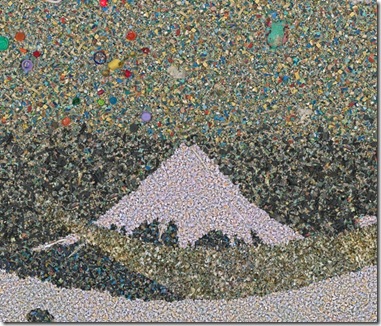 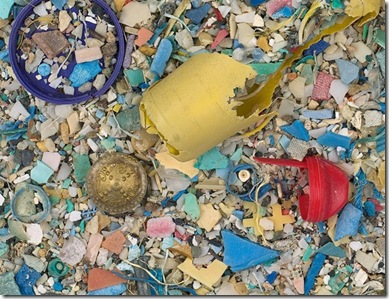 Seattle-based photographer Chris Jordan’s Gyre, 2009 depicts 2.4 million pieces of plastic, the estimated number of pounds of plastic pollution that enter the world’s oceans every hour. He collected all of the plastic used in the image above from the Pacific Ocean. See: flavorwire.com for the full sequence.

The United Nations Environment Program estimated in 2006 that every square mile of ocean hosts 46,000 pieces of floating plastic 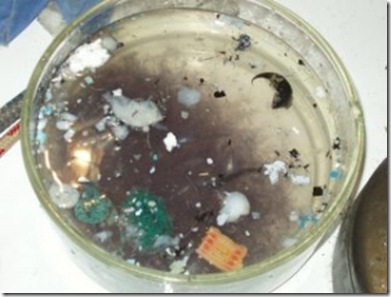 Our Oceans are Turning Into Plastic by Susan Casey. A vast swath of the Pacific, twice the size of Texas, is full of a plastic stew that is entering the food chain. Scientists say these toxins are causing obesity, infertility...and worse. [Source: Best Life] 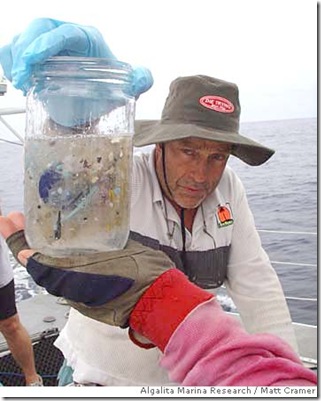 Researcher Charles Moore, shown on an expedition in the Pacific in 2002, holds a water sample from the North Pacific Gyre that contains small pieces of plastic taken from the mass of garbage. Algalita Marina Research Foundation photo by Matt Cramer

Alagalita Marine Research Foundation are dedicated to the problem of plastic pollution. Led by Charles Moore who has been studying and publicizing the patch for the past 10 years, According to Justin Berton, writing in SFGate :

'The Garbage Patch is not a solid island, as some people believe, Moore said. Instead, it resembles a soupy mass, interspersed with large pieces of junk such as derelict fishing nets and waterlogged tires - "an alphabet soup," he called it.  Also, it's undetectable by overhead satellite photos because it's 80 percent plastic and therefore translucent, Moore added. The plastic moves just beneath the surface, from one inch to depths of 300 feet, according to samples he collected on the most recent trip, he said.' 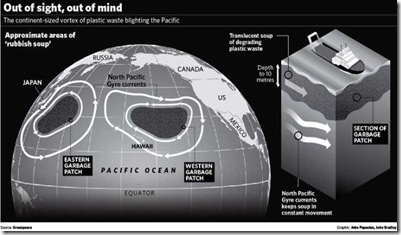 Charles Moore found the Pacific garbage patch by accident 12 years ago when he c am upon it on his way back from a sailing race in Hawaii. According to  Lindsey Hogshaw writing in the New York Times (9 Nov 09) Moore is convinced that there are  several similar garbage patches which are undiscovered.

Hogshaw claims that: 'Many scientists believe there is a garbage patch off the coast of Japan and another in the Sargasso Sea, in the middle of the Atlantic Ocean.' There may be others in the giant gyres scattered across the world's oceans.

The Pacific garbage patch, says Hogshaw, doubles in size every decade and is now believed to be about 1.4 million square kilometres. 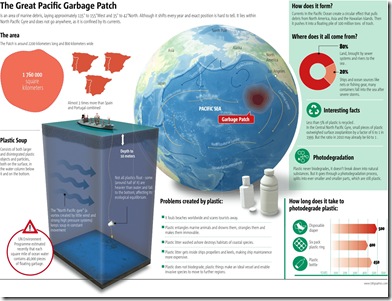 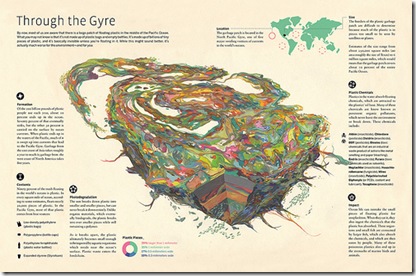 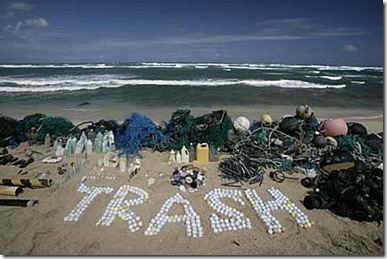 Part of Greenpeace's  "Defending our Oceans" expedition in 2006 See: The Trash Vortex 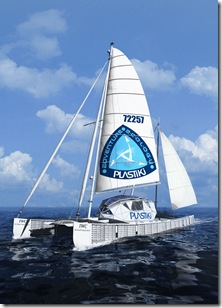 Plastiki, the 60-foot plastic boat David de Rothschild and crew will sail from San Francisco to Sydney to draw attention to the Pacific Garbage Patch. The boat is made of  12,500 empty 2-liter plastic soda bottles. Rothschild plans to set sail early next year. 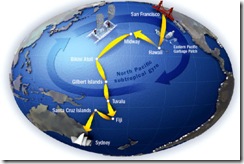 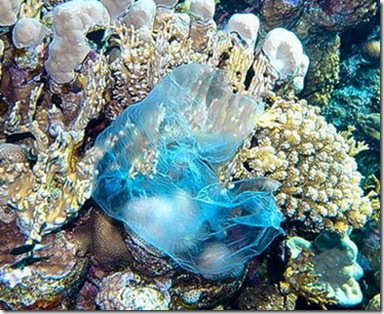 Brilliant. Thanks for posting.
Pete