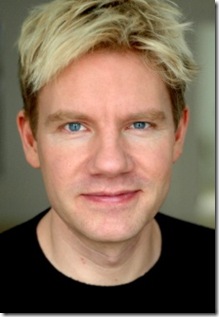 The Danish economist Bjørn Lomborg first came to worldwide media attention with his book 'The Sceptical Environmentalist'  (2001) which provoked a storm of protest by environmentalists and natural scientists who challenged his findings and perspective, claiming his work was both dishonest and misleading. Since then his book has become a bible for those who distrust the environmental message, hate Greenies and consider them the New Jesuits, and deny global warming completely or dispute the influence of man-made activity on our changing climate.

In 2004 he led the Copenhagen Consensus, which brought  together some of the world's top economists, including five Nobel laureates, to set priorities for the world's biggest problems, asking  the question: "If we had $50 billion to spend over the next four years to do good in the world, where should we spend it?"

Their recommendations controversially placed AIDS prevention at the top of the list and global warming at the bottom. he believes we should first focus our resources on more immediate concerns, such as fighting malaria and assuring and maintaining a safe, fresh water supply, problems that can be addressed at a fraction of the cost and would save millions of lives within our lifetime.

In 2007 he produced 'Cool It: The Sceptical Environmentalist's Guide to Global Warming', in which he argued that many of the elaborate and expensive actions now being considered to stop global warming will cost hundreds of billions of dollars, are often based on emotional rather than strictly scientific assumptions, and may very well have little impact on the world's temperature for hundreds of years.  He asks why the debate over climate change has stifled rational dialogue and killed meaningful dissent.
Lomborg says panic is neither warranted nor a constructive place from which to deal with any of humanity's problems.

Bjørn Lomborg is adjunct professor at the Copenhagen Business School and organizer of the Copenhagen Consensus Center. He has been variously named as  'one of the world's 100 most influential people '(Time, 2004), 'one of the 50 people who could save the planet" (The Guardian), "one of the top 100 public intellectuals" (Foreign Policy and Prospect magazine), and "one of the world's 75 most influential people of the 21st century" (Esquire).

THE GENERALIST is not a Lomborg supporter but, given his media profile on these important issues, its important to understand why his ideas have provoked such controversy. He does not deny that global warming is occurring and that human activities are partly responsible. He objects to the apocalyptic and emotional nature of the dialogue and argues that we need to take a fresh look at global problems. His ideas, he says are Rational not Fashionable.

There are a substantial number of YouTube videos which are perhaps the best way to understand where Lomborg is coming from.

Lomborg was born Jan 6th, 1965 and is a gay vegetarian. His main site is at http://www.lomborg.com/ which has many other videos.

There's a valuable Wikipedia entry which catalogues the controversy following the publication of the Sceptical Environmentalist, and beyond + a more detailed entry on the book itself.

There is also a valuable entry in the SourceWatch Encyclopaedia which has an excellent listing of articles and pro- and anti-sites.

An analysis of Lomborg's tactics and his links with right-wing think-tanks can be found at: Lomborg and Playing the Long Game on The Way Things Break blog.