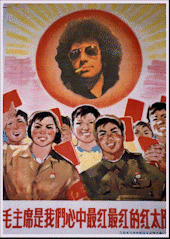 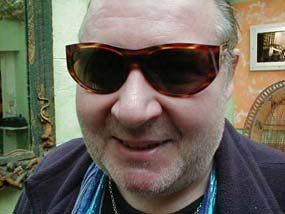 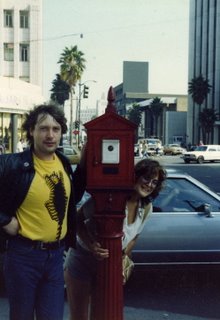 The wires have been burning on the old underground press network of late, triggered by the news that Boss had suffered a severe left-brain stroke on . He is currently in hospital, is making good and steady progress but his return to health is likely to be a long recovery process. Friends, acquaintances and well-wishers can keep up to date with Boss's state of health here. Details of the Boss Benefit Fund can be found at "Quids In For Boss". See also The Boss Goodman Pages for details of the man's legendary antics.

Mick will be known to many as the author of numerous novels and works of non-fiction, as a recording artist with The Deviants and other combos, and as a journalist for the NME and numerous other mags and papers. His collected works and blog can be found at Funtopia

When I was a young 'freak', fresh up from Worthing, working on the underground paper Frendz, these guys were already up there, making trouble and having fun. Mick was the main instigator of the legendary Phun City festival, staged just outside Worthing, which has gone down in legend as one of the first great 'free' festivals, which featured the first ever UK appearance of the MC5. (Happy to say I was there as part of the work crew, camped for a whole week in the woods, and it was great.)

The Deviants and the Pink Fairies were two of the main underground freak bands, based around Ladbroke Grove and Boss roadied for both and was a central fixture of that Wild Bunch scene.

Mick and Ed had control of International Times for one of the most successful periods in its long lifetime and it reflected their interests: lots of stuff on Dylan, Charlie Manson, Drugs, Gene Vincent, The White Panthers, plus lots of sex, comix, music. They both eneded up in the Old Bailey on obscenity charges over one issue of the spin-off comic Nasty Tales that they produced.
Much of the history of all this can be found in Mick's excellent book 'Give The Anarchist A Cigarette.'

The Pink Fairies now have an entry in Wikipedia. Bizarre but wonderful.

While we're at, check out the the wonderful work of Phil Franks, whose gorgeous photos captured many of the sights and sounds of that period.
at 4:41 pm